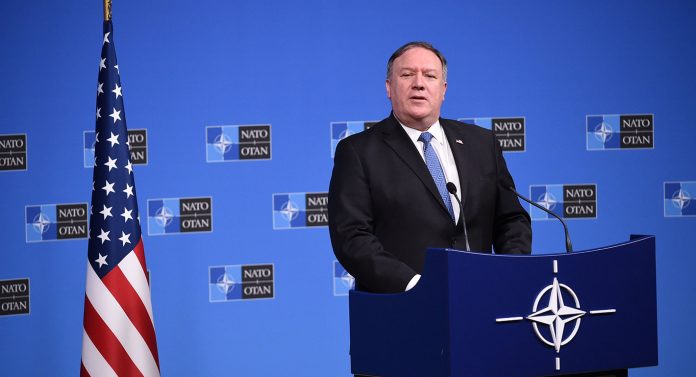 U.S. Secretary of State Mike Pompeo gave the Intermediate-Range Nuclear Forces Treaty a short reprieve this week. Rather than announcing that the United States had given Russia formal notification of its withdrawal—as had been expected—he stated that Washington would now wait sixty days, giving Moscow once last chance to return to compliance.

NATO must use this time productively by developing a plan that might credibly induce Moscow to reverse its violation and, even if it does not, will nonetheless preserve the alliance’s security. For any such plan to be effective, the allies must “stay in sync,” to use Pompeo’s phrase. To this end, private diplomatic consultations on a unified approach should begin immediately. Here are three ideas for the allies to consider.

First, NATO could make it clear that Russia will not benefit from violating the INF Treaty. The United States has accused Russia of developing and deploying a ground-launched cruise missile with a range between 500 and 5,500 kilometers (about 300 to 3,000 miles) that could be armed with a conventional or nuclear warhead (the INF Treaty prohibits both). This missile—the 9M729—poses a military significant threat because it could destroy transport and logistics facilities deep within Europe. Those facilities are critical to NATO’s plans to defend its easternmost members by rapidly reinforcing them in the event of a conflict.

The allies should, therefore, consider deploying cruise missile defenses, such as the Patriot Advanced Capability-3, to protect critical facilities. The allies could threaten—publicly or privately—to deploy these defenses if Russia does not enter into good faith negotiations to resolve the standoff. Alternatively, they could deploy them now with a promise to reverse course if Russia returns to compliance.

Second, NATO could also impose real military costs on Russia if it does not reverse course. The United States could, for example, deploy non-nuclear air-launch cruise missiles and bombers to Europe—a step that would be legal under the INF Treaty. The allies should, therefore, privately discuss whether any country would be willing to host these weapons. As with defenses, any deployments should be made contingent on Russian continued noncompliance or should be reversed if Moscow changes course.

Finally, preserving the treaty will require a diplomatic solution that allows Russia to save face. Russia has accused the United States of violating the treaty, too. Most of its claims don’t stand up to any kind of scrutiny—but one does. Specifically, the United States is currently deploying Aegis Ashore missiles defenses to Poland and Romania. These defenses are based on a multipurpose launcher originally developed to fire cruise missiles, as well as missile defense inceptors and various other types of weapons, from ships. Moscow argues that deploying this system on land violates the treaty. Washington has responded by stating that the land-based launchers lack the capability to launch cruise missiles, in part because they do not possesses the requisite hardware.

NATO could, therefore, discuss a reciprocal inspection arrangement to resolve each sides’ concerns. Poland, Romania, and the United States could agree to give Russian inspectors periodic access to Aegis Ashore missile defenses in Europe to verify that they are indeed incapable of launching cruise missiles. In return, Russia would agree to modify the 9M729 cruise missile so it cannot fly beyond 500 kilometers—by shrinking the fuel tank, for instance—and allowing U.S. inspectors to verify the changes.

NATO’s challenges to reaching consensus are real. For some members, the suggested military deployments will go too far; for others they won’t go far enough. Meanwhile, Poland and Romania may object to Russian inspections on their soil, and the United States to inspections of its equipment. Additionally, U.S. President Donald Trump would need to buy into these deployments, and he has so far been skeptical of defending Europe and countering Russia.

Yet, Trump and the alliance should realize that these challenges will only increase if the treaty collapses without agreement on how to proceed. In spite of Russian violations, it is the United States that will likely be blamed, including by much of Europe, for the treaty’s demise. It could then prove difficult to convince European citizens to accept the legitimate and proportionate countervailing military deployments necessary to respond to Russia’s violation. Instead, gaining agreement for such deployments today—on a contingent or revisable basis—and coupling them with a credible diplomatic approach should be pursued.

The piece was originally published by the Carnegie Endowment for International Peace.