The following is the text of a recent Q&A session between Cambodian opposition leader Sam Rainsy and David Whitehouse, an experienced journalist in Paris who co-authored Sam Rainsy’s autobiography “We didn’t start the fire: My struggle for democracy in Cambodia,” published in 2013.

David Whitehouse: You have often been summoned to appear before the Cambodian courts. How many trials have you had and who have you dealt with? What sentences have you been given?

Sam Rainsy: I have lost count of the number of trials that have taken place and the years in prison to which I have been sentenced. I know that my countless convictions add up to several decades in prison. If there was a Guinness book of records title for the most years in prison for a political opponent, I might get it. In the various show-trials that have taken place, I have always been up against the most powerful forces in the country: the government itself, the prime minister in person, the president of the national assembly, the minister of foreign affairs, the minister of the interior, etc.

DW: Why did you choose such adversaries?

SR: I didn’t choose them. But because I am a leader of the opposition which aims to govern the country in the case of a transfer of power, they needed to find heavyweight adversaries for me. Small consolation! On the other side of the coin, as everything has to be written large, the courts don’t take any half measures: sentences of long years in prison, and millions of dollars in fines! All my property in Cambodia has been seized to pay these fines.

DW: But for what kind of crimes have these sentences been handed down? Assassination? Hostage-taking? Armed robbery? Did anyone get killed?

SR: For “defamation” or “prejudice to the honour” of the plaintiffs, who are all powerful leaders who are supposed to be above suspicion.

SR: No, that is not all. There is also the charge of “incitement” to hatred against these same leaders, and so a “threat to public order” and “social stability.”

DW: As a Cambodian, how do you feel about all that?

SR: For a Cambodian like myself who has lived most of his life in France and has adopted the values of the republic, it all seems unreal. In France it is hard to imagine that the justice system can be at the orders of a dictator. Hun Sen uses the courts to crush the opposition in both political and financial terms. In France, where freedom of expression is protected, defamation trials never lead to prison sentences and, if the case is proven, these are generally resolved by payment of a “symbolic euro”.

DW: What about Kem Sokha? What is his current legal and political status?

SR: The case of the opposition leader Kem Sokha reveals even more about the Cambodian justice system which Hun Sen manipulates as he pleases. Kem Sokha is the leader of the Cambodia National Rescue Party (CNRP), the only opposition party to have national assembly representation until its arbitrary dissolution in 2017.

DW: Why was the CNRP dissolved?

SR: Because Hun Sen accused Kem Sokha of “sedition” and having tried to “overthrow the government with the help of the Americans.” It was the easiest, most fallacious pretext that Hun Sen could find to eliminate the CNRP from the political scene. The CNRP posed a serious threat to his regime as the 2018 elections approached. The CNRP had the wind in its sails as in the local elections of 2017 it scored almost half of the popular vote. That was despite serious irregularities in favour of the ruling party as noted by independent international observers.

DW: Has there been a verdict in the Kem Sokha case?

SR: No, there still hasn’t been.

SR: For lack of evidence to support the charge made against him. Hun Sen has postponed the Kem Sokha trial indefinitely under the pretext of COVID-19. But the pandemic has not prevented multiple other trials against other opponents of the regime from taking place.

DW: There must be a lot at stake in Kem Sokha’s trial.

SR: Yes, the case is fundamental as the trial will allow the resolution of Cambodia’s current political crisis. At the end of a trial worthy of the name, Kem Sokha can only be found innocent. The false accusations made against him would be dropped, which would remove the pretext used by Hun Sen, via the “supreme court” to dissolve the CNRP. The party would therefore have to be rehabilitated and allowed to take part in the coming communal elections of 2022 and the national elections in 2023.

DW: Hopefully a better understanding of the political and legal situation in Cambodia will prompt the international community to push for such an outcome and put your country back on the path to democracy. 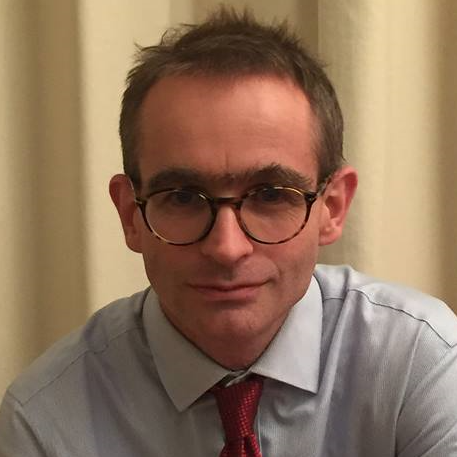 The author is a freelance journalist in Paris. He co-authored Sam Rainsy’s autobiography, We Didn’t Start the Fire My Struggle for Democracy in Cambodia, published shortly before Sam Rainsy’s last successful return from exile to Cambodia in 2013.