More than a year has passed since the presidential election in Belarus which ended with massive protests against the result and bloody reprisals on the protestors. Since then, Aleksandr Lukashenko’s regime has been sanctioned many times, including sectoral sanctions permitting blocking the actions of any Belarusian structures working in the state security sector, as well as in the defense, energy, potash, tobacco, construction or transport sectors. Lukashenko himself is stepping up anti-Western rhetoric, accusing the United States and Europe of waging “war by destroying minds” and threatening them with a Third World War.

Regardless of this, there is growing opinion that the Belarusian dictator still desires to play on two fronts and re-establish relations with the West, presenting himself as the “only guarantor of the sovereignty of Belarus in the face of the threat of a takeover of the country by Russia.” A number of analysts close to the Belarusian President began developing this idea years ago, before the elections, hinting that Russia would try to destabilize Belarus and remove the president because it sees him as an obstacle to Moscow’s goals.

Until recently, such suggestions were not without basis. Right up until the presidential election Lukashenko made no secret of his view of Russia as a threat to his country’s sovereignty, as well as to himself. At the same time he consistently refused to allow a Russian military base on his country’s territory and sabotaged Moscow’s insistent calls for closer integration. In response, the Russian media and some politicians accused him of Russophobia. The lowest point of Russian-Belarus relations was the arrest by the Belarusian KGB of 33 employees of the Russian private military company “Wagner” on July 29, 2020.

Against this backdrop Moscow was more than willing to destabilize Belarus, not in order to remove Lukashenko, but rather to force him to take drastic measures that would spoil his relations with the West and make him more controllable by Moscow. After Aug. 9 last year, Kremlin media openly spoke of this.

“The entire long-term strategy of Lukashenko to normalize relations with transatlantic states in order to balance Russian influence will be under the threat of collapse. In addition, Lukashenko himself after the elections will no longer look like a ‘father’ to a significant part of the country’s population. This means that his ability to resist Russian pressure will be limited,” the authors of the business newspaper “Vzglyad” confessed.

At the same time, it seems that Lukashenko, cognizant of the Kremlin’s tactics, resolved to take advantage of it by blaming his excesses on Russia or the West. On the one hand, coming up against the sharp reaction of the USA and the European Union to the rigged election and the brutal repression of protests, the Belarusian President began immediately to ameliorate his relations with Moscow in an attempt to demonstrate his vital importance to the Kremlin. He rather skillfully played on the main Kremlin fears, trying to convince Putin that the main goal of the “color revolution organized by the West” is not Belarus, but Russia, and it’s Lukashenko who allegedly stands guard over Russian security. He hews to this line to this day, endlessly repeating that “Western actions were directed at Russia.”

On the other hand, following the events of Aug. 9 some of the analysts close to Belarusian power did not lose hope of “selling” Lukashenko to the West as the most anti-Russian candidate of all, providing reassurances that the representatives of the opposition were prepared to agree to the “profound integration” of Belarus with Russia. At the same time, they explained the rejection of Lukashenko by Belarusian society and the violence committed by his regime as “a Russian conspiracy against Lukashenko.”

But it is clear that even the habit of the Kremlin to interfere in the affairs of other countries in no way justifies Lukashenko’s actions. Moreover, the attempt to describe genuine popular protests as arising from a “conspiracy” of Russia or the West seems blasphemous with respect to the Belarusian people who are struggling for their freedom and dignity. The futility of such linkages was obvious, even in the arguments of Lukashenko’s defenders who reproached the Kremlin for its “tactics of non-interference” regarding Minsk and claimed that“non-interference is also a form of intervention, especially in cases when the Kremlin refuses to provide necessary forms of support to Minsk.”

Thus, they actually called on Russia to interfere in the affairs of Belarus, while at the same time trying to prove that this interference was concealing attempts to oust the Belarusian dictator. Such logically contradictory statements indicate that Lukashenko, even after the elections, desperately tried to enlist the support of the West and the East at the same time, trying to shift the responsibility for his actions to an external conspiracy.

But it quickly became evident that the West was no longer prepared to forgive Lukashenko and would no longer give in to his blackmail to “ally with Russia” or leave Belarus “to the mercy” of Moscow. In addition, leading Belarusian opposition figures, for example, former presidential candidate Andrei Sannikov, categorically reject the myth of Lukashenko as the guarantor of Belarusian sovereignty, claiming that he has already “surrendered” all the country’s key assets to Moscow.

About a year ago a new conspiracy theory appeared according to which Russia agreed with the West to overthrow Lukashenko. Such a scenario was really considered by Western experts as desirable. For example, a year ago analysts Daniel Fried and Brian O’Toole in their article for the Atlantic Council state clearly that “if, in this optimistic scenario, Putin suggested support for re-run elections under OSCE supervision, the West would likely agree fast.”

However, in fact, nothing transpired, and at the meeting in Sochi on Sept. 14, 2020 Vladimir Putin fully supported his Belarusian colleague. In particular, Putin confirmed his commitment to provide Minsk with a $1.5 billion loan and reiterated his recognition of Lukashenko as the legitimate president of Belarus. In turn, the Belarusian President again attempted to demonstrate his loyalty to Moscow and the ideas of a “allied states” of Belarus and Russia.

Nevertheless, a year later the idea of “collusion” between the West and Russia against Lukashenko was again inserted in the information space. In the words of the Director of the Minsk Center for Strategic and Foreign Policy Studies, Arseny Sivitsky, Moscow was still prepared “to cooperate in regime change in Minsk in exchange for geopolitical guarantees for the retention of Belarus in the Russian sphere of influence by a new democratic leadership.”

This time, the idea was based on an article by the pro-Kremlin political scientist Fyodor Lukyanov, the main idea of which is expressed in its title, “What should Moscow do so that Belarus does not depend on Lukashenko for Belarus’s attachment to it?” One of the main guarantees of such attachment is the permanent military presence of the Russian armed forces on the territory of Belarus.

“Russia is no longer inclined to play in endless negotiations on integration, it needs some kind of result,” warns Lukyanov of Moscow’s negligent ally. Further, the author examines the Armenian precedent, noting that “the fact that Armenia depended on Moscow in the sphere of national security allowed Russia to tolerate Armenian internal political somersaults. The radical change in the ruling elite in 2018 did not lead to a breakdown or a deep crisis in relations. And last year’s war, lost by Yerevan, turned the country into a de facto protectorate of Russia.” It is evident that he considers this scenario to be suitable for Belarus as well.

However, a situation is emerging now in which Russia, despite everything, continues to support Lukashenko, while incurring colossal geopolitical costs and alienating the Belarusian people even more. The deepest reasons for this, most likely, lie in the irrational fact of “dictatorial solidarity” and Putin’s personal fear of any popular protests and “color revolutions.” As a result, Moscow is actually being held hostage by the Belarusian dictator and must justify all his antics and pretend that once again to believe his assurances of “brotherly friendship.” 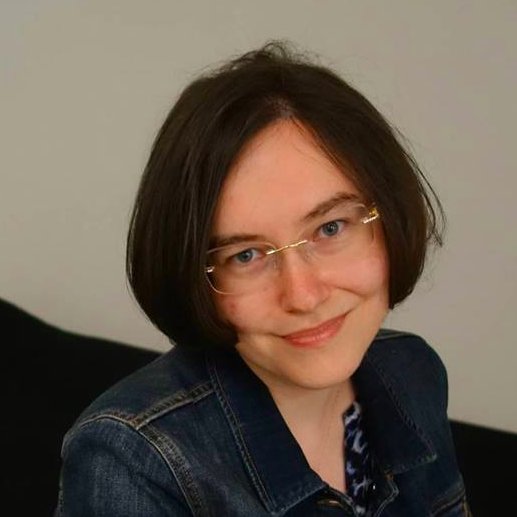