Agriculture in Japan is the most aged industry in one of the world’s most aged economies. Strikingly, the average age of the country’s 1.3 million farmers was 67.8 in 2020. Over 70% are 65 years or older and farmers in their forties or younger account for less than 10% of the total.

The farming population is sharply decreasing too. The number has fallen by 0.22 million in only five years (2016-2020) mainly because old farmers are retiring. As a result, the industry is facing a serious labor shortage.

Under these circumstances, the importance of foreign workers in the field has only increased. The number of workers in the Japanese agricultural sector has doubled in seven years and hit 30,000 in 2018. In Ibaraki prefecture, a half of newcomers in the sector in their twenties was from abroad. The global pandemic troubled many farmers by preventing prospective trainees from coming to Japan.

Indeed, the Ministry of Agriculture, Forestry, and Fisheries (MAFF) expressed their expectation for foreign workers to overcome the sector’s labor shortage in the latest Basic Plan for Food, Agriculture and Rural Areas, a five-year fundamental plan for Japanese agriculture.

So, is Japan hospitable to foreigners working for the country’s basic industry?

Technically speaking, over 85% of foreigners in the Japanese agricultural sector are accepted as the Technical Intern Training Program (TITP) trainees. With an aim of capacity development of the trainees, TITP accepts foreign workers mainly from developing countries for a maximum of five years.

Despite the worldwide pandemic, the number of TITP trainees was 402,356 in 2020 and hit a record high. The agricultural sector accommodates 33,004 trainees, which is a 1,116 (3.4%) increase from the previous year. They were predominantly from Asian countries e.g., Vietnam, China, and the Philippines.

In the agricultural sector, the trainees are accepted by supervising organizations like Japan Agricultural Cooperatives (JA) and dispatched to farms. Technical Intern Training Act enacted in 2017 prescribes that the Japanese Labor Standards Act must apply to the trainees for the protection of them.

However, the internship program in the sector has been facing many challenges in practice.

First of all, TITP has been generally criticized for leaving abuses of the trainees uncontrolled for a long time. They often suffer from unreasonable low wages and unsafe working environments. Various forms of misconduct, including sexual and power harassments, are taking place.

In 2019, the Ministry of Health, Labour and Welfare (MHLW) reported that 70.8% (378 out of 534) of the offices accommodating TITP trainees in the agricultural sector violated the country’s working standards e.g., wage regulations and security standards.

Agriculture’s seasonality is a major challenge for farmers willing to accommodate the trainees. While the harvest season requires many workers, farms with no winter cropping cannot afford to pay salaries to the trainees during winter and thus release them in a single year. In other words, the farms have to recruit new trainees every year and the trainees have no enough time to develop their capacity.

Another point is that agriculture is generally a community-based industry and foreign workers are seen as newcomers to both the farm and the local community. Host farmers consider that their neighbors’ understanding matters when they accept the foreigners.

A study about foreign workers in farms in Nagano and Shiga prefectures suggests that attitudes of both the host farmer and the local community influence on the worker’s level of the adaptation to the new environment.

One crucial factor among these situations is a huge gap between TITP’s initial aim of capacity development of the trainees and the employer’s demand. Troubled with the labor shortage, many farmers consider the program as a means to quickly access to the labor.

A chief advisor of JA Imari said in an interview: “we should not consider the foreigners as ‘labor’ because this is training, but our initial motive is to secure the ‘labor’”. Though two motives are not necessarily incompatible, considerations on priority and protection for the trainees must be made.

Nevertheless, the country still has a great room for improvement in pleasantly accommodating foreign workers as explained above. A recent discussion warns that Japan’s poor working environments will keep foreigners away from the country.

Agriculture in Japan is becoming more dependent on foreign workers day by day. To improve their working environments e.g., wage level, workplace safety and hospitality of host farmers and local communities, is not only for their benefit, but for the sustainability of the country’s basic industry itself. 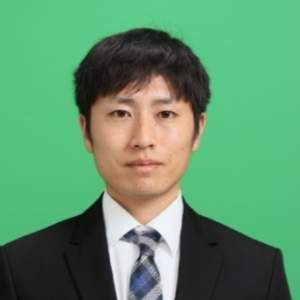 Yusaku Yoshikawa is an aid consultant at JIN Corporation and currently engaged in agricultural Japanese Official Development Assistance (ODA) Projects in Africa. He completed his Master in Development and Rural Innovation majoring at Wageningen University and Research, the Netherlands. Email: p.t.spica@gmail.com