It has been more than a year since Major General Qasem Soleimani, the man considered by many to be the second most powerful person in Iran after Supreme Leader Ali Khamenei, was killed in a US drone strike ordered by then US President Donald Trump. The assassination of the commander of the Islamic Revolutionary Guard Corp’s (IRGC) Quds Force sparked outcries of ‘harsh revenge’ across Iran. In retaliation to the US drone strike, the IRGC launched a series of ballistic missiles at two US military bases in Iraq. However, many analysts warned that this immediate response was only the beginning, and Iran would seek further retaliation in the future.

Early analyses of Iran’s long-term revenge strategy were correct in the sense that Iran was, indeed, not yet finished with seeking retaliation for Soleimani’s assassination. In contrast to expectations, however, it now seems Iran is willing to retaliate far beyond its own borders, and perhaps even strike at America itself.

Back in January, around the anniversary of Soleimani’s death, the US National Security Agency intercepted communications by the IRGC’s Quds force discussing potential ‘USS Cole-style attacks’ on US Army base Fort McNair in Washington D.C. Additionally, intelligence also uncovered an assassination plot targeting the Vice Chief of Staff of the US Army, General Joseph M. Martin.

In response to the threats, the US army tightened security around Fort McNair and the General’s residence. Although the plot was uncovered and no Iranian attacks have yet taken place on American soil, the intercepted communications are a clear signal that the IRGC is still plotting a revenge attack in retaliation for their fallen commander.

That Iran is still seeking revenge for an attack that happened more than a year ago fits a well-known pattern in Iranian foreign politics. When under attack, Iran generally reacts with a clear but limited direct response, paired with a long-term revenge strategy, usually carried out by Iran’s proxy militias throughout the Middle East.

The rationale behind this approach is as follows: Iran is perfectly aware of its own capabilities and weaknesses vis-à-vis its rivals. Iran realizes that a conventional war against the US would likely devastate itself. At the same time, they also cannot afford to be complacent in the wake of attacks, as that would damage domestic public opinion and the muscular and confident image which the Iranian government projects in domestic media. The result is a strategy in which Iran has to play a delicate game between appeasing public opinion at home by projecting strength, while also showing enough restraint to avoid provoking all-out war.

Iran’s initial response to Soleimani’s assassination fits this pattern. The ballistic missile strikes at the two US bases in Iraq — symbolically called ‘Operation Martyr Soleimani’ by the Iranian military – were just severe enough to satisfy the public’s call for vengeance, while they were also limited enough to prevent the US from taking more aggressive military action.

Knowing Iran’s historical pattern of behaviour, it seems almost certain that the Iranian government has a long-term intention of vengeance. It is therefore not so much a question of ‘if’, but ‘where’ and ‘when’ Iran will strike. The communications intercepted by the National Security Agency have shed a light on possible targets. But trying to predict exactly when Iran’s vengeance will take place is extremely difficult. In Iran’s case, long-term can, in fact, mean very long-term. This was illustrated by documents released by Wikileaks in 2010 claiming that Iran was assassinating former Iraqi Air Force pilots who participated in the bombing of Iran during the Iran-Iraq war over two decades prior. This shows that Iran is willing to wait decades and multiple changes in domestic and foreign administration to achieve what it perceives as justice.

Trapped in a Vengeance-Fed Cold War

Iran’s position on the global stage remains nearly unique, rivalling only the likes of Venezuela and North Korea in its status as a sanctioned and until recently militarily embargoed country. But despite these challenges, Iran has shown a fierce commitment to holding its stance; never taking action so drastic as to invite invasion from its rivals, while still carefully saving face before its domestic population and its regional allies. And while US administrations may change every four to eight years — bringing with them vastly different perspectives on the US and Iran’s fraught relationship — Iran’s leaders are well aware that they need the US as an adversary. To default upon their anti-US stance could be seen by many at home as a betrayal of the revolutionary foundation which brought modern Iran into being in 1979.

And so, despite its suffering under some of the world’s strictest and most widely encompassing sanctions, Iran appears willing to wait patiently on the fence that surrounds the US-led portion of the international order, standing on the same precarious pillars of anti-Westernism and vengeance that have kept it alive for over four decades. That means continuing to hash it out with the US in a long, slow, tit-for-tat relationship which rises and falls in intensity as leadership and conditions change on both sides. Long-term and slow vengeance for Soleimani’s killing is now essentially a part of the status quo.

To his credit, President Biden has signalled his intent to continue the legacy of diplomacy and negotiation launched by President Obama; a move which will hopefully reduce tensions in the medium-term and sink violence to a minimum. But it would take far longer than Biden’s presidency to solve the underlying issues which put the US and Iran at odds, meaning that vengeance for Soleimani’s killing, while perhaps delayed, will likely never be fully off the table.

Iran is also signalling changes. The sheer magnitude of Soleimani’s stature in Iran may drive the country’s military leaders to pursue riskier and more aggressive mechanisms of revenge than they have considered in the past, such as killing Americans on American soil. Likewise, it remains unclear whether the powerful Quds Force which Qasem Soleimani commanded before his death has previously contained rogue elements which have attempted unsanctioned hits; a point which, while unconfirmed, still raises the spectre of vigilante vengeance by Soleimani’s living followers.

The bottom line is that despite ongoing overtures of diplomacy, the US and its allies should not view vengeance for Soleimani’s death as an event, but rather as a process which could long outlast the current US administration. The best path forward would therefore be to choose a course on Iran and stick with it rather than ranging between negotiations and maximum pressure every few years, as these up-and-down shifts in policy only reinforce Iran’s precarious but consistent stance of calculated animosity.

Yet achieving peace as a nation rather than as an administration still remains unlikely, especially given the growing polarization of US politics and the unpredictability of American elections (Donald Trump has already teased the possibility of running again in 2024). As it stands, the most likely outcome for the US and Iran’s medium-term relationship is still the status quo, consisting of calculated and precarious antagonism interspersed with both acts of violence and overtures of peace.

Nevertheless, the trajectory of international relations never bends towards peace in the long run if we never begin to make it so, and for that reason President Biden’s best option is still to continue in pursuit of negotiation and mediation, in the hopes that this can offset both countries’ inclination for vengeance until less adversarial long-term conditions prevail. Iran might not cease to need the US as an adversary for many decades, but our best option is to plan for that end state to eventually come about, and push the pendulum towards peace as much as possible in the meantime. 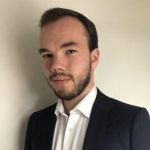 Ruben Pfeijffer is a Dutch Cultural Anthropologist and MA candidate in Conflict Studies and Human Rights at Utrecht University. He is currently working as a research analyst at the Dyami Early Warning for International Security (DEWIS) Working group, a Netherlands-based think tank. 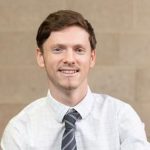 Leo Hochberg is an MA candidate in Conflict Studies and Human Rights at Utrecht University and a graduate fellow with the cyber program at the Middle East Institute.