As the global health crisis continues to challenge governments, geopolitical tensions continue to plague Southeast Asia in the context of the South China Sea (SCS) claims. As it cannot claim to successfully handle the COVID-19 crisis, the United States turned to geopolitics to assert its world dominance by pushing for a bigger role in the SCS. China managed to move away from the hot seat amidst the pandemic and silently continued to assert its claims over the contested territory. As in the case of the Philippines, China seems to be winning.

At present, the medical situation is a competition stage between China and the United States. Despite being labelled as the source of the virus affecting millions of people worldwide, China is able to maintain its relations with ASEAN countries through its “mask diplomacy.” The Chinese government donated medical supplies to Brunei, Indonesia, Malaysia, Philippines, Vietnam, and even to the ASEAN Secretariat. It must be noted that these countries have ongoing claims in the SCS where China is currently exerting its expansionist activities.

The United States, on the other hand, provided approximately $18.3 million in aid to ASEAN countries. Nevertheless, its withdrawal of financial support for the World Health Organization amidst the global crisis does not demonstrate responsible leadership for a superpower. Having an extra seat around the table, China swooped in and increased its efforts to support the said institution, allowing more room to demonstrate its influence. With this, China succeeded in two areas: in crafting a responsible leadership figure by being in the frontline of aid provision and in managing relations with states claiming the SCS.

In the Philippines, President Rodrigo Duterte previously made strong warnings against China concerning its activities in the SCS. Nevertheless, throughout the course of his presidency, Duterte established friendly relations with Chinese President Xi Jinping. As stated, medical diplomacy was displayed when the Philippines received medical assistance from China that includes testing kits and personal protective equipment. Despite complaints on the quality of the testing kits, Philippine-Chinese relations continue to prosper. During his fifth State of the Nation Address (SONA) last July 28, Duterte called on China to have the Philippines in its priority list once the COVID-19 vaccine is available. The plea for assistance came after the Philippines announced that it is joining the Gavi COVID-19 Vaccines Global Access (COVAX) Facility.

While it is done in the spirit of unity during a pandemic, the provision of medical assistance contributes to the temporary appeasing of tensions over the SCS. In fact, the pandemic offers a good distraction, as other states scramble to control the spread of COVID-19, China was able to push forward its claims over the disputed territory. In April, two new districts were created – one in the Paracel island group near Vietnam and the other in the Spratlys island near the Philippines. In addition, China’s Natural Resources Ministry and Civil Affairs Ministry proceeded to name 80 islands, reefs, seamounts, shoals, and ridges.

Surprisingly, these actions did not alert the ASEAN to take any major steps in asserting each member’s claim to the territory. In the name of fostering friendly relations, the ASEAN-China Senior Officials’ Consultation co-chaired by the Philippines held a virtual meeting last July that covered topics such as the COVID-19 response as well as regional maritime security.  A code of conduct has yet to be released.

As it is losing to the health crisis, the United States chose to take the role of a protector of the ASEAN together with its allies, Australia, and Japan. The United States responded with the release of a strong statement against Chinese actions in the SCS, calling it “unlawful.” This is the first time that the U.S. made such a bold move concerning the contested territory.  Contrary to the wishes of the U.S., Duterte recently banned the Philippine Navy from joining the U.S. in its maritime exercises in the SCS. This, of course, is a welcome development for China. As Duterte warned during his speech, the Philippines cannot afford to go to war against China in an effort to assert sovereignty in the SCS.

In a way, the ASEAN provides a stage for China to project itself as a more responsible global leader than the U.S. This is done by having China as one of the providers of medical supplies and assistance. This action helps create a room for collective hesitation to actively call out China in its actions in the disputed territory. And so, the pandemic granted China the freedom to dominate both in medical diplomacy as well as in geopolitics. Although the U.S. tries to compete in these domains, China seems to be winning. 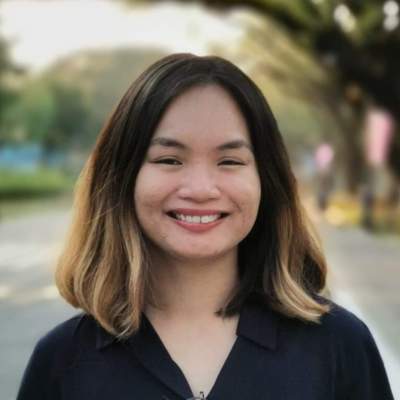 The author is a special rapporteur for the ASEAN Youth Forum. She is currently pursuing an M.A. in International Studies at the University of the Philippines, Diliman.