For a good part of the last two centuries, the U.S. wielded dominant influence on South America and its largest country, Brazil. Bilateral relations between the countries are historically solid, as the United States was first in recognizing Brazil’s independence in 1822, and Brazil was the only South American nation to effectively take part in World War II, deploying over 25,000 troops in aid of the liberation of nazi-occupied Italy, in 1944. The cultural, economical, and political ties between the two largest countries in the Western Hemisphere has been a cornerstone in U.S. prevalence in the Southern Cone, and although such influence remains at high levels to this day, the United States is progressively losing its ground far south of the border to its greatest competitor, the People’s Republic of China.

In the span of two decades into the 21st century, China gained the upper hand and toppled the United States as Brazil’s main trading partner, making it its leading destination for investment in Latin America, lagging behind the U.S. by a very slight margin, considering the former’s commitment of $80.5 billion in the country versus the latter’s $83.5 billion between 2003 and 2019. Moreover, China is the main destination of Brazilian exports. Of the fifteen most exported commodities in the country, China is the main importer of eleven, comprising mainly of mineral and agricultural products.

The deepening of China-Brazil economic relations translated into intensified political cooperation, especially when considering the multilateral arrangement of the BRICS grouping and its development banks, which in turn increased the flow of Chinese investments in Brazil’s infrastructure, further leveraging Beijing’s strategic importance to the country. As of this day, Chinese companies hold vital assets in telecommunications, hydropower, and electricity sectors, making Brazil – not a formal target in China’s Belt and Road Initiative – the world’s fifth-largest recipient of Beijing’s foreign investment and construction efforts.

Undoubtedly, Brazil is the main staging ground of this ongoing geopolitical shift in South America, and the growing rivalry between the U.S. and China will bring along a multitude of threats and opportunities for the Latin American giant. How will the country manage to assess the scenario and leverage it to its much-needed economic revival relies heavily on its delicate political future – and whether the U.S. intends to counter Chinese dominance by strategically engaging Brazil and South America, a region relatively neglected by past U.S. administrations.

Brazil has been struggling for years with poor growth, escalating inequality, high unemployment, and political turmoil. The advent of the Covid-19 pandemic came as a devastating blow, putting the country at one of the worst recessions in its history, claiming over half a million Brazilian lives, battering the livelihoods of so many more, and exposing the current administration’s absolute ineptitude in addressing the crisis.

Despite Bolsonaro’s aggressive rhetoric towards Beijing – much fueled by the outbreak of the virus and the president’s alignment with the Trump administration – the concrete reality still points to a steadily growing Brazilian dependence on China. As a matter of fact, the pandemic reinforced such state of affairs. Brazil depends exclusively on China for input materials to produce the CoronaVac vaccine, following the partnership established between the Butantã Institute and Chinese company Sinovac Biotech, giving Beijing the lead in vaccine diplomacy efforts in South America, a trend only recently addressed by the Biden administration.

Brazil, in its current situation, cannot afford the luxury of waiving pragmatic approaches to China – or the U.S. for that matter. The country’s traditional way of conducting foreign affairs with the two superpowers is to not treat them as mutually exclusive, seeking to cultivate healthy relations with both to further advance Brasília’s interests in the long run. A considerable part of how Brazil will conduct its developments with either the Dragon or the Eagle will be decided at next year’s presidential elections, as a weary and highly rejected Bolsonaro prepares to run for reelection against its polarizing rival, former president Luiz Inácio Lula da Silva, who leads the polls so far. Lula, as his two previous terms can uphold, took the traditional Brazilian stance of keeping the U.S. and China relations on equally good terms for the sake of national interests.

However, the outcome of the elections alone won’t be enough in determining future relations between the developing Latin American giant and the two competing superpowers. For even if Bolsonaro gets reelected and seeks a – rather uncomfortable – alignment with the Biden administration, the U.S. won’t see much room for improvement if it continues to attribute low strategic relevance to Brazil, and if it fails to improve the somewhat strained bilateral relations with the country, leaving it with no choice but to stick firmly with Beijing.

While Brazil still recognizes the U.S. as the main source of soft power, relations between both countries are not on their optimal levels, considering Washington’s reluctance in endorsing Brazil in international platforms such as in the WTO, FAO, and OECD, as well as the 2013 diplomatic incident involving the espionage of former president Dilma Rousseff. Such circumstances contribute to the general assessment by Brazilian institutions that the U.S. is, nonetheless, a strategic partner, but one that sees the country in a rather condescending manner, a path that Beijing has refrained to tread on its relations with Latin American countries.

If the United States is to step up to face China’s ascendancy in Brazil, it should start by fine-tuning its approach to a more horizontal and cooperative tone, evoking a revival of Franklin Roosevelt’s Good Neighbor Policy rather than a 21st century Monroe Doctrine. The establishing of feasible policy objectives consisting of new economic opportunities of reciprocal and substantial benefit will prove vital in reasserting U.S. influence in the Southern Cone while revitalizing its economy, which, according to the International Monetary Fund’s estimate, has contracted eight percent in 2020.

In Brazil’s case, the most viable bet for the U.S. would be to harness its influence on the country to push for a sustainable and environmentally friendly alternative in revitalizing the country’s bashed economy. Trade alone won’t suffice to lift Brazil out of the quagmire it finds itself, and the deforestation damage to the Amazon Rainforest – which spiked to alarming levels under Bolsonaro – closes to a tipping point in which it will emit more carbon than it absorbs, posing a major threat to global efforts in cutting down carbon emissions, and thus prompting an equally intense response from the international community.

Preserving the Amazon also plays a crucial role in Brazil’s development, as the region’s vast abundance of resources places it as one of the wealthiest on the planet. Regional leaderships and private actors alike are growing increasingly aware of the potential it has to offer as a paragon for the country’s transition towards a green, sustainable economy, and both domestic and foreign initiatives are taking their first steps in such endeavor. This is a new economic front that will be of paramount strategic importance for Brazil, and much of its results will rely on how – or if – the contending superpowers choose to navigate the scenario, coming down to which one has the best offer that provides the country with the necessary tools to its green recovery plan.

It will be up the U.S. – should it counter China’s rise on the continent – to employ its remaining geopolitical sway in renewing its emphasis on Brazil by offering a sustainable development blueprint that capitalizes on the country’s massive resources and potential while attuned to the country’s national interests and respecting its sovereignty – a task in which China took the lead so far.

Much of Brazil’s political future will be determined on next year’s elections and, regardless of the outcome, it is expected that the government and economic establishment will seek to maintain its dual approach to both superpowers, so the balance will inevitably be struck by the one that offers the most reliable path so Brazil can sustainably address its deeply entrenched economic woes. 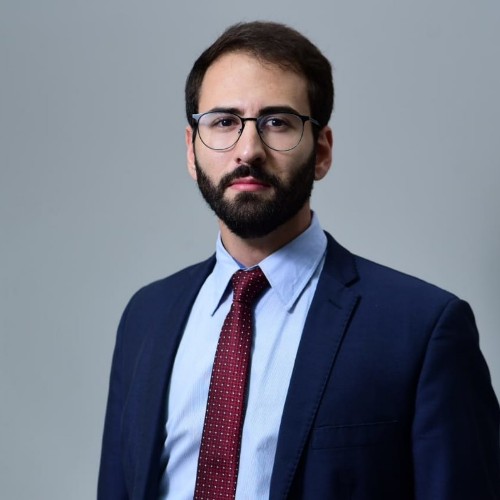 The author is a lawyer from southeastern Brazil.