China and the United States are both using Special Economic Zones (SEZs) as a tool to advance their foreign policy objectives.

SEZs are enclaves that have been granted exemptions to the normal business rules governing their home countries. They are created by governments to stimulate economic development, often through a combination of tax breaks, regulatory streamlining, and exemptions from the most costly rules for businesses. Most are industrial parks, although they come in many shapes and sizes ranging from airports to full fledged cities.

As tensions between China and the US grow, both countries have begun using SEZs as tools of economic warfare to advance their own respective geopolitical objectives.

China’s domestic SEZs are often cited by scholars as the ultimate success story.

In 1980, after years of economic turmoil, Deng Xiaoping announced the creation of four pilot SEZs. These zones were granted special tax incentives, independence from the central government on a number of regulatory issues, and were to have economic activity driven primarily by market forces. During the 1980s, China slowly created more zones, which in turn, individually attracted ever more investment.

SEZs played a key role in China’s market oriented reforms and ensuing economic growth. In 1980, China only received $23 million USD in foreign direct investment (FDI). By 1993, China’s FDI had increased more than thirtyfold to $672 million USD. Economists estimate that during this period, depending on the region SEZs accounted for between 50% and 80% of GDP growth in China.

The most successful SEZ in China was Shenzhen, one of the original pilot zones created by Deng Xiaoping. Shenzhen went from a population of 314,000 to 12.5 million over the span of 40 years. By 1992, within 12 years of its designation as a SEZ, Shenzhen attracted $4.3 billion USD in FDI annually, or 14% of China’s total FDI. Now Shenzhen is known as the Silicon Valley of hardware, because it is home to the world’s largest electronics factories.

China is now home to more than 2,500 SEZs. They range from small business parks to full fledged cities with populations in the millions. The World Bank estimates that China’s SEZs contribute 22% GDP, 45% of its FDI, and 60% of its exports.

Now, China is hoping to export its success by creating SEZs in third countries.

In 2013, the Chinese government announced the creation of the global Belt and Road Initiative (BRI). This plan would revive the silk road by financing the creation of connective infrastructure throughout Eurasia and Africa. The connective infrastructure to be built includes highways, fiber optic cables, railroads, oil pipelines, ports, and airports. This infrastructure would be connected by hubs made up of Chinese SEZs. The Chinese government expects to spend $2 trillion USD by 2030 developing the program.

The explicitly stated purpose of the Chinese Belt and Road initiative is to foster economic development throughout the world. Western analysts believe that the Belt and Road initiative’s deeper goal is to turn China from a regional power into a global superpower, perhaps even ultimately replacing the United States. Lily Kuo, writing for the Guardian, described it as “a state-backed campaign for global dominance.” A Council on Foreign Relations article relates that US officials are concerned that the “the BRI could be a Trojan horse for China-led regional development and military expansion.”

There are now roughly 500 Chinese funded SEZs outside of China, mostly created as part of the BRI. As hubs of connective infrastructure, SEZs play a critical role in the success of the BRI.

BRI SEZs differ immensely from one another. Most are industrial parks, but some are full fledged new cities. Many are designed from the ground up by Chinese companies, while others are initiated by their home countries and later funded by Chinese interests. Some have budgets in the tens of millions, while others have budgets in the tens of billions.

Since 2013, China has spent $62 billion USD developing the China–Pakistan Economic Corridor (CPEC). The CPEC is a microcosm of the BRI as a whole – consisting of horizontal infrastructure connected by SEZ hubs. The horizontal infrastructure consists of power cables and power plants, oil pipelines, internet cables, freeways, and railroads. This infrastructure is connected by 44 new SEZs being built by China. These consist of power plants, industrial parks, and ports. The largest SEZ is the Gwadar Port, which connects the Chinese railroad and freeways to the ocean. Other notable CPEC SEZs include the Bostan Industrial Zone, a manufacturing and agro-processing park; the Islamabad ICT Model Industrial Zone, which combines an IT services park with light manufacturing; and the Dhabeji Special Economic Zone, an SEZ targeting metal production and textile production.

Another notable Chinese SEZ is the new city of Khorgas, which overlaps the Sino-Khazakh border. Khorgas has received $9 billion USD in state funding. The centerpiece of Khorgas is a dry port which features 9 gantry cranes to offload goods from the newly completed Chinese railroads. The zone also features a large industrial park to cater to industries that might make use of the zone. It also features a residential district, complete with a zoo. To attract investors, Khorgas offers many incentives. Notably, companies operating in the zone do not have to pay any corporate income tax, VAT, property tax, or land tax.

The Chinese government has already spent $1.5 billion USD developing the Port of Colombo, in Sri Lanka. Colombo sits alongside one of the most busy international maritime trade routes. The port is already one of the largest in the country, however with Chinese help, the government of Sri Lanka hopes to significantly enlarge it. The port is adjoined to a service oriented SEZ catering to the logistics service industry. Chinese economists estimate that the new city project will create over 200,000 jobs and generate billions in FDI.

Kenya is home to three large Chinese SEZ projects, the largest being the Lamu Port. The Lamu Port is a $3 billion USD Chinese megaproject to build a new port surrounded by a new city in northern Kenya. The port is the endpoint of the LAPSSET corridor, which consists of an oil pipeline, freeway system, and railroad connecting Kenya to South Sudan and Ethiopia. The port is planned to host 32 berths, making it the largest in West Africa. A large industrial park with a residential component is also planned to cater to industries that will make use of the port.

Even the Americas are home to numerous Chinese BRI projects. For example, the Antigua and Barbados SEZ (ASEZ) is a $15 billion Chinese new city project. The city hopes to attract tenants by offering a permanent zero-tax regime to its tenants. Unlike other more industrial Chinese zones, it will primarily cater to the tourism industry. It will feature a casino, golf courses, eco resort, luxury condos, and commercial district.

All of these Chinese SEZs are still under construction; none have been completed. Whether they become white elephants or succeed remains to be seen.

While the US also uses SEZs to advance its overseas interests, it does so less frequently than China. Unlike China, the US does not have a robust domestic SEZ program. While the US is home to 250 export processing zones, all offer relatively weak incentives, and cater almost exclusively to the import-export industry.

Most American attempts at creating overseas SEZs have occurred in the Middle East, and few have been successful.

In November 2009, the US State Department announced a plan to create dozens of SEZs in Iraq to revitalize the country’s post-war economy. Iraq’s SEZs would offer various incentives, each catering to different industries. Some would focus on the oil and gas industry, while others would focus on agro-processing. The State Department’s plans to create SEZs would be interrupted by changing politics within the United States and the rise of ISIS, never coming to fruition.

Similar plans to develop SEZs in Afghanistan were also announced but never implemented. The US government contracted the Chord Group, an SEZ consulting firm, and Samuel Hall, an economic development think tank, to create feasibility studies for an Afghani SEZ program in 2011. Just like the plans for the Iraqi zones, the Afghanistan zone program never came to fruition. As late as 2018, the Afghani government has continued promoting plans to concert old US military bases into SEZs.

USAID also financed the creation of the feasibility study for Lebanon’s Tripoli SEZ. The Tripoli SEZ is a $27 million USD business park that is adjacent to the port of Tripoli and will cater to export-oriented manufacturers. In 2019, COSCO, a Chinese state owned shipping company, announced that the Tripoli SEZ would become the home of its newest Middle East office, becoming one of the first tenants in the zone. Some analysts now speculate that the Tripoli SEZ will be incorporated into the BRI. The park is still under construction, and is due to open in 2024.

The United States Agency for International Development and USAID both financed technical assistance for the creation of Jordan’s largest SEZ, the Aqaba Special Economic Zone. The explicit purpose of the US government’s support for Aqaba was to serve as a “test case for how a streamlined business friendly environment can create jobs and promote economic growth.” Aqaba has been moderately successful. As of 2017, Aqaba has attracted $20 billion USD in FDI to Jordan. Despite this, the zone has faced significant corruption problems according to the World Bank.

The Future of Economic Competition Between the US and China

China’s growing presence on the world stage has prompted calls for increased US investment into projects such as SEZs. Dr. Mark Lutter, director of the Charter Cities Institute, wrote a column for the American Conservative bluntly titled To Counter China’s Belt And Road Initiative, Build Cities. He lays out the case for the US to imitate China’s SEZ policy:

“To compete with the attractive lure of Chinese investment, America needs to offer a credible development alternative. That’s where charter cities can help. Combining good governance with infrastructure can set the stage for development. Charter cities are small enough to allow for reforms that would otherwise not be possible at the national level, but large enough for the economies of scale necessary to generate sustained economic growth. Imagine a Shenzhen in Africa, not just creating opportunities for residents, but helping to spur reforms throughout the continent.”

There are growing signs that the US government is thinking along the same lines as Dr. Mark Lutter. In November 2019, the US International Development Finance Corporation launched the Blue Dot Network to increase American investments in Asia. Analysts speculate that this initiative was launched to counter China’s BRI.

Former US Ambassador Vicki Huddleston speculated on a podcast that the Biden administration, if elected, would support the creation of a program to counter the BRI. In the months following Biden’s election, many statements made by the new president have given more fuel to the rumors.

If the US announces a major global infrastructure plan to counter China’s BRI, SEZs will likely play a major role in the American initiative. Should these predictions come to fruition, the world may witness a global economic cold war fought by the creation of competing SEZs. 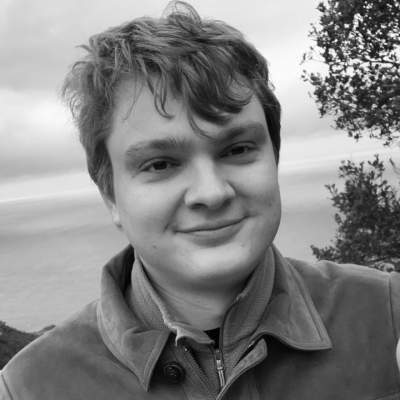 Thibault Serlet is the Director of Research at the Adrianople Group, a business intelligence firm that specializes in the financing of Special Economic Zones. He is also an advisor at the Charter Cities Institute, a nonprofit that works to create new cities to deal with the challenge of growing global urbanization. Previously, he served as CEO of the Startup Societies Foundation, a nonprofit that studies the creation of new countries and cities.