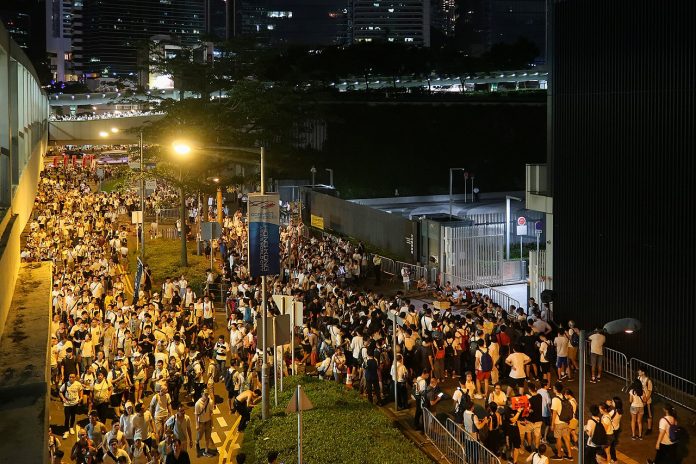 In the wake of the 2019 Anti-Extradition Law protests in Hong Kong, the escalating chain of mass public demonstrations represents a significant event within both the city’s history and for President Xi Jinping – leaving Xi at the risk of befalling to the ‘Paramount Leader Trap’ (PLT).

The immediate watershed moment can be traced to mass public demonstrations on June 9, when a record 1.03 million people took to the streets to protest the pending passage of the 2019 Extradition Bill, in an event that surpassed the record of 500,000 protestors that assembled in 2003 to protest the Hong Kong government’s attempt to enact national security laws under Article 23 of the Basic Law. In response, pro-Establishment/pro-Beijing lawmakers within the city’s legislative body – the Legislative Council (LegCo) – attempted to expedite the passage of the Bill by June 20, a decision which contributed a increased sense of urgency and the escalation in violence during subsequent demonstrations on June 12.

Physical confrontations on June 12 between the Hong Kong Police Force and demonstrators seeking to storm the government’s LegCo building brought about statements from the police labelling the movement and demonstrators as engaging in ‘rioting’. This resulted in a public outcry, allegations of police brutality, and questions over the police’s proportional use of force – where the use of 150 tear gas canisters during the single demonstration eclipsed the 87 canisters used throughout the entirety of the 2014 Umbrella Movement protests.

Despite the decision by Chief Executive Carrie Lam to suspend the Extradition Bill indefinitely on June 15, this did little to satiate mounting public discontent over the government’s treatment of protestors, and was broadly interpreted as a means of saving face while avoiding concessions to the demonstrators. Consequently, on June 16 more than 2 million people assembled on the streets of Hong Kong demanding for:

However, both the Chief Executive and Chinese leadership in Beijing appear unwilling to concede more ground to demonstrators – with Carrie Lam refusing to step down, and vowing to finish out her term.

This consequent and consistent increase in the magnitude of pro-democracy and anti-establishment protests is attributed to the prevailing sense of hopelessness and frustration amongst demonstrators over the government’s repeated disregard and suppression of dissenting opinions, and Beijing’s increasing encroachment over Hong Kong’s autonomy – events which have contributed to an increasingly radicalized localist movement. This mounting coalescence of civil strife in Hong Kong poses a significant challenge to Beijing and China’s new paramount leader Xi Jinping.

What is the Paramount Leader Trap?

The trap represents a noted pattern in China’s contemporary history, occurring where a Chinese leader has managed to consolidate political power as the undisputed leader of the Chinese Communist Party (CCP), and is recognized as such through the enshrinement of their political ideology into China’s Constitution. Following this, the leader seeks to assert his authority as China’s new Paramount Leader by undertaking actions furthering his vision to consolidate political power and establish a lasting political legacy.

The resulting use of overly authoritarian and oppressive measures in achieving this political vision vis-à-vis domestic opposition serves to embolden and radicalize opposing forces, and results in an increasing cycle of escalation by both sides.

This cumulates in the use of physical and armed violence as the ultimate arbitrator, thus necessitating the leader’s last-resort use of emergency political and military powers to impose order and restore the status quo by any means necessary – thus stunting China’s international reputation, and its socio-political and economic development over the following decade.

Applying elements of the PLT to the developing situation in Hong Kong reveals how mounting discontent over Beijing’s persistent assault upon the rule of law, coupled with the central government’s inability to peacefully acknowledge or recognize dissenting opinions, and the advent of mass political demonstrations, represents Xi Jinping’s most significant challenge to date as China’s Paramount Leader .

Firstly, the basis for Xi Jinping’s claim to the title of China’s Paramount Leader must be established. This is illustrated through Xi’s consolidation of political power within the CCP vis-à-vis the opposing Tuanpai faction following his appointment as President in March 2013, through the arrest of his political rivals under numerous anti-corruption measures. This cumulated in the October 2017 decision by the 19th CCP National Congress to amend the CCP Constitution and incorporate ‘Xi Jinping Thought’(XJT) as a guiding component of the CCPs guide to action. This was followed by direct amendments to China’s Constitution on March 2018 – among which was the inclusion of XJT, and the abolition of two-term limits placed on the President.

Consequently, current developments in Hong Kong represents a significant setback in Xi’s image as Paramount Leader – with the suspension of the Extradition Bill delineating his largest concession to public pressure since his appointment as President, while highlighting Beijing’s failures in integrating the territory under the model of One Country, Two Systems.

Secondly, Xi Jinping’s ambition in forging a political legacy as China’s Paramount Leader in relation to Hong Kong must be explored. Xi’s ambitions for the city are tied to his Greater Bay Area (GBA) Initiative – a project designed to economically integrate Hong Kong and Macau with the mainland in the creation of a single market, to adapt to the opportunities of the Fourth Industrial Revolution, and emulate the success of silicon valley. This contention was supported by state-run media Global Times, which espoused the benefits of the GBA to Hong Kong in an article published amidst the Anti-Extradition Law protests.

The successful integration of, and control over, the former British colony of Hong Kong, may be seen as part of a wider ideological cold war between the East and West – a more practical analysis presents Xi’s actions in the city as a means of shoring up the authority of the party-state and the centralisation of power in an attempt to safeguard China’s territorial integrity. Indeed, Beijing’s longstanding ambition has been to use the city as a proof-of-concept for its model of One Country, Two Systems – in preparation for eventual reunification with Taiwan. Accordingly, Beijing has come to place less emphasis upon Hong Kong’s international recognition as a separate customs, tax, immigration and legal jurisdiction from the mainland, and more upon the notions of national unity, sovereignty and party control.

Finally, Xi’s attempts to erode Hong Kong’s autonomy has been accompanied by a gradual escalation in political violence and intimidation within the city. Highlighting the 2003 protests surrounding the National Security Law, mindful of the 2014 Umbrella Movement protests, and noting the forced disappearance of Hong Kong Book sellers in 2015 – the ongoing protests surrounding the Extradition Bill and Carrie Lam represent the next step in political escalation, and a defining moment in Hong Kong’s history. The Extradition Bill protests have contributed to concerns that China’s leadership may overreact in responding to the civil unrest – in a manner reminiscent of the 1989 Tiananmen Protests.

Where officials in Beijing may appear unwilling to compromise or negotiate, this is attributed to the prevailing Confucian style of leadership and governance – one which prioritises saving face, while avoiding the undermining of one’s image by admitting to mistakes. Unfortunately, this authoritarian style of leadership has already given rise to an increasingly radicalized opposition, with many Anti-Extradition Law demonstrators being driven to increasingly desperate acts of civil disobedience in the face of an uncompromising government. From this, a political awakening has taken hold amongst many young pro-democratic protestors – where the proportion of registered voters aged 18 to 35 years rose from 50% in 2000 to 70% in 2016.

Beijing’s authoritarian style of leadership has also resulted in an increasingly decentralized grass-roots opposition, one which has proven much more difficult to satisfy or negotiate with. This is presented through the student-led 2014 Umbrella Protest – which contrasts against the spontaneous, leaderless, and decentralized nature of the Anti-Extradition Law demonstrations.

Beijing’s attempts to temper Anti-Extradition Law demonstrations has proven ineffective at maintaining peace and stability in Hong Kong, and represents Xi’s most significant challenge in avoiding the PLT.

In precluding the advent of such a trap, both the local and central government must meet the demonstrators’ half-way and adopt a number for measures conducive to de-escalation. Firstly, the Hong Kong government must endeavour to uphold the rule of law by continuing to hold the police accountable for their actions, and investigating instances of police brutality against demonstrators. Secondly, youth engagement must be prioritized in acknowledging their voices and concerns through the creation of a ‘youth parliament’ – educating the next generation on the importance of civic duty and the political process, while providing a controlled outlet for political dissent. Thirdly, Carrie Lam’s irrevocable loss  in public confidence and political capital as the Chief Executive demands for her immediate removal, and the creation of a more balanced leadership – with a Chief Executive from Beijing and deputy from the pan-democratic camp.

In summary, Beijing’s continuous attempts since 1997 to integrate Hong Kong into the Chinese mainland, by impairing its self-determination under the framework of ‘One Country, Two Systems’ has ultimately proven unsuccessful. Where the current spate of Anti-Extradition Law protests represents a watershed moment for civil disobedience in the city’s history, Xi’s reluctance to negotiate or accept reforms will ultimately prove Hong Kong to be his paramount leader trap. 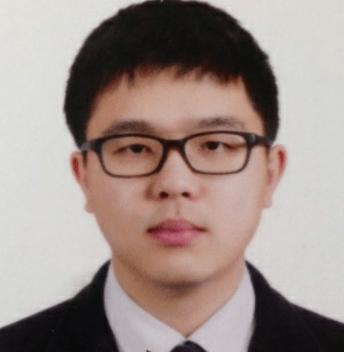 The author is a Young Leader with Pacific Forum and Editor with the Young Diplomats Society. He has previously contributed to the Australian Institute of International Affairs, ASPI – The Strategist, The Diplomat, and the Foreign Brief. His specializations span East Asian Affairs, Chinese foreign policy, cyberwarfare, and international space law.