Has Xi Diverted from Deng’s Direction?

The escalation of the Sino-US trade war brought up a debate of whether President Xi Jinping had diverted from Deng Xiaoping’s direction. Deng’s direction refers to a series of instructions given by Deng that China should keep a low profile and prioritize the goals toward the economy.

After the death of Mao Zedong, Deng quickly regained power and stabilized the political turmoil caused by the Cultural Revolution and the Gang of Four. In November 1978, Deng visited Bangkok, Kuala Lumpur, and Singapore and met with Singapore’s Prime Minister Lee Kuan Yew. Deng was impressed with the progress of Singapore. Lee candidly said “Singapore Chinese were illiterate landless peasants from Guangdong and Fujian, whereas the scholars, mandarins, and literati had stayed and left their progeny in China. There was nothing that Singapore had done which China could not do, and do better.” Lee advised Deng to stop exporting communist ideologies to Southeast Asia, and channel all efforts into building the economy, an advice Deng took. 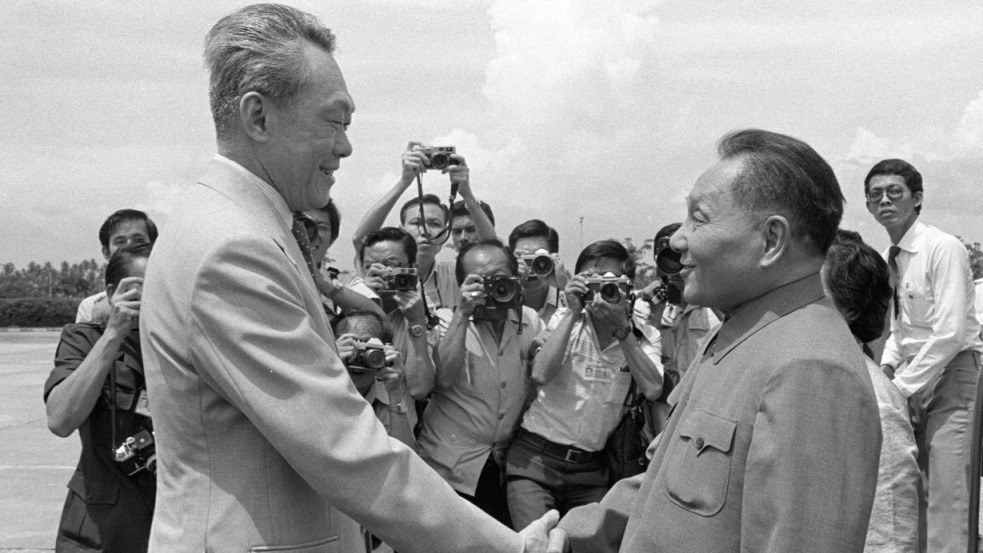 Encouraged by what he saw in Singapore, Deng returned to China and built 4 Special Economic Zones (SEZ)in the Southern coastal cities. The zones were so successful that China added larger SEZs in other cities. The new direction that Deng initiated brought unprecedented growth to China. But the opening up of the country also resulted in uncontrolled inflation and rampant corruption. It also brought in opposing ideologies. And this resulted in the 1989 Tiananmen Incident, a social unrest started by student leaders and professors, that was viewed as part of the Color Revolution and the subsequent sanctions. Even though Deng and the Politburo knew who were behind the unrest, Deng instructed the leaders to韬光养晦(tāoguāngyǎnghuì) or to conceal one’s strengths and bide one’s time. The leaders abided by Deng’s instructions throughout the 90s, including the 1993 Yinhe Incident, 1996 Taiwan Strait Crisis, 1999 Belgrade Embassy Bombing, and kept a relatively low profile.

In 2001, US reconnaissance plane EP-3 Orion was conducting signal reconnaissance along the South China coast. Two J-8 fighters were deployed to intercept the spy plane. Unfortunately, one of the J-8 collided with the EP-3 and crashed, killing the pilot. The EP-3 was forced to do an emergency landing on the Hainan Island. US President George W. Bush was unhappy with the forced landing of the spy plane and decided he had to show his displeasure by selling submarines to the Republic of China. In the same year, New York suffered a huge embarrassment on the 11 September; several commercial jets were hijacked by Islamic fundamentalists and crashed into the twin towers of the World Trade Center in Lower Manhattan, collapsing both towers and killing 3000. The incident gave Bush a reason to declare war against the Al-Qaeda but a war against terrorism would require China’s support, so the sale of submarines was called off. China gave her full support, thinking that terrorism included terrorists from Tibet and Xinjiang. Of course, Bush wasn’t interested in China’s definition of terrorism. Nevertheless, China was part of the coalition in the war against terrorism.

In 2008, the subprime crisis in the US caused a systemic Financial Tsunami that devastated the global economy. The loss of trust in the financial world was the major problem. In order to stop the crash, the then Secretary of Treasury, Hank Paulson, and the Director of New York Fed, Timothy Geithner, flew to China to ask for help. Geithner even used his knowledge of Chinese to impress the Chinese, saying that “US and China are together on the boat, wind or rain(風雨同舟).” Geithner’s sincerity convinced Hu Jintao and Wen Jiabao and they agreed to jointly bail out the economy. The humongous stimulus of RMB 4 trillion to boost spending saved the Wall Street from crumbling.

Instead of becoming the best of friends, wind or rain, in 2009, US newly elected President, Barack Obama made a pledge that he would re-balance from a predominantly Middle East Policy to refocus on Asia, what was known as the “Pivot to Asia”. The Pivot would include a redeployment of 60% of US military hardware to Asia. To justify the move, the Japanese, out of the blue, announced that they would nationalize the Diaoyu/Senkaku Islands. Then, the Philippines dashed for the Scarborough Shoals. Emboldened by the US Pivot, the Philippines took the disputes to the Permanent Court of Arbitration. Furious with what was happening; China took matters into its own hands, fortifying the South China Sea Islands under its control, and became more aggressive in pressing its claims on the Diaoyu Islands. Even then, China’s strategy was to refrain from engaging the US directly. When Obama invested in the Trans-Pacific Partnership, the newly appointed Chairman of the People’s Republic of China, Xi Jinping announced that it would move away from a direct confrontation by expanding into the vast area of Central Asia. To the surprise of all the experts, the One Belt One Road, or Belt and Road Initiative, which was really to get away from Obama’s encirclement, became a success while the Trans-Pacific Partnership was discarded by the new US President, Donald Trump. Xi, in keeping with the direction of concealing one’s strengths and biding one’s time, wooed Trump with record purchases and a tour of the Forbidden City in Beijing. Unfortunately, all the respect given to Trump did not revert the US decision to target China.

China has grown so big that it’s become a threat to the US. The ability to save the US from the crash is seen as something bad. The US leaders could not accept a weak Asian sleeping giant now powerful enough to bail out the failing US economy. Hu and Wen, thinking that they were doing a service to the Americans, had unwittingly woke up the Americans. But the reality is unavoidable. It’s a matter of time that Americans would find out anyway. It’s unfortunate that Xi would have to bear the brunt, fortunately, it’s Xi that is at the helm when Obama then and Trump now unleash the Fire and Fury on China. Amazingly, as Trump continues to withdraw from various treaties, Xi’s position as the new leader of globalization seems to gain ground and China’s global influence expands. Deng probably foresaw that by concealing China’s strength and biding time, the national rejuvenation of China would come naturally.