To put it quite simply, even though it’s a small state by the ever traditional definitions from both the qualitative and the quantitative perspectives, Georgia matters, and its security in regional terms is vital for European political and economic interests — specifically in relation to the threat of expansion of Russian influence in the Black Sea region.

It is of common academic consensus that in international relations it is assumed that the world system is that of anarchy because there is no supreme authority to which the states answer. In this hostile system where the main objective is to survive, small states such as Georgia, especially in the past century where picking sides were more straightforward, are often bullied/forced into being a complete subordinate of one of the great powers to ensure its survivability. However, in the modern era, small states have become more “powerful” in terms of sourcing their own security and influence and are turning to policies that are more independent and more “integratory” rather than “subordinatory” — especially in regional terms. The changing circumstances of the international system have resulted in small states like Georgia not only successfully adapting to it, but finding/creating tools that allow them to take advantage of its natural abilities to ensure its independence in security terms and desirability for neighboring states and unions to engage in security partnerships/alliances. Georgia is not only at a strategic logistical region due to its connection to the Black Sea, but is blessed with an extremely lenient taxation system for the nomad capitalists and has established an infrastructure that is known for facilitating business the most efficient and easy manner – not to forget Georgia’s status as the gateway to Asia in terms of trade. Therefore, the country has utilized the latter tools to raise its value in international terms and to attract international political partnerships – the accomplishments that are sometimes overlooked by the European establishment. It is also worth noting that Georgian ideology and perception of self is that of European; shared values and ideology is critical for the fruitful expansion of European democracy in the east in terms of membership and regional integration of the states.

In the past, Georgia was one of the USSR colonies and after independence it adapted a “bandwagoning” foreign policy; first to Russia and then to the West. In the past decade, there has been a demonstration of Georgian abilities to be more than just a subordinate, because in general, small-states, due to the international system changing, are now able to flourish through different categories/sources of power that are not related or sourced from the regional hegemons. The latter includes either the usage of natural resources/infrastructure and geopolitical advantages or economic solidification and thus strong economic independence/desirability in terms of business and cooperation. Additionally, small states that have similar characteristics and circumstances have started to engage in what is known as the “collective mentality,” resulting in the creation of the union of small states who “scratch each-others back” in terms of both security and socio-economic issues; Georgia has for example done so through its membership to GUAM. Smaller states unite in order to balance out a bigger power, or another alliance that threatens their security — thus not only can an establishment of an alliance limit the existing threats to the smaller states, but the latter becomes a desirable partner for the bigger powers and alliances to increase their quality and quantity in terms of their standing in the international arena where as stated before the system is nothing short of an anarchy or as some scholars would put, the state of nature. The relations between Russia and the West over the last decades have deteriorated more, and are not looking likely to change for the better anytime soon. The present international political system could also be simplified to the analogy of a company with market shares. Both Russia and the West strive to own as many shares as they can, which results in relentless competition. Russia and the Western great powers imitate or emulate each other’s success, since not doing so will result in vulnerability and subordination.

Hence, Georgia has a tremendous amount of potential to further grow/expand its influence and desirability to Europe to ensure not only its own security due to Russian hostility and aggressive cultural and economic expansionism in the region, but to remain a reliable security partner for Europe to ensure the containment of the Russian version of the Monroe Doctrine, which is a policy of regional supremacy and hegemony. In a sense, the Georgian dream is to not only achieve a symbiotic relationship with Europe and eventually become the member of the North Atlantic Treaty Organization and the European Union, but for the European political establishment and the media to acknowledge Georgia, without any hesitation, as a European state. 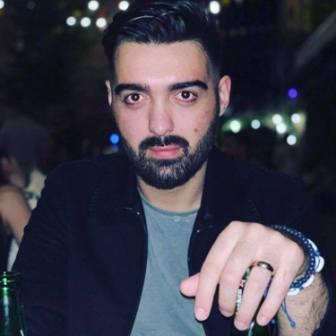 The author is from Tbilisi, Georgia. He is studying international affairs at Georgetown University.