Mohan Bhagwat is the most respected and powerful leader of the ideological fountainhead of India’s ruling establishment. His apparent call for the unity of Hindus and Muslims has kicked off an impassioned debate in India’s political, social and media circles. Addressing a book launch event recently, he proclaimed that Hindus and Muslims living in India share the same DNA, and asserted that Hindus who want Muslims to be wiped off are not Hindus at all. Surprisingly, Bhagwat also condemned mob lynching, saying that those indulging in it are not believers in the ideology of Hindutva. Excellent words indeed. But these words will remain hollow as long as no stern action is taken against those who are trying to polarize and communalize the masses. There are many Muslim intellectuals who are interpreting Bhagwat’s remarks as an attempt by the supreme Hindutva leader to reach out to Muslims. While there is no doubt about the need to promote greater Hindu-Muslim dialogue to foster amity, but good-sounding words mean nothing if innocent people continue to be lynched by unruly mobs with impunity.

Label any Muslim a cow smuggler, accuse him of carrying beef and then lynch in the name of protecting religion. These premeditated barbaric acts seem to have become the order of the day. India’s constitution promises its citizens justice, liberty and equality, but the shattering of social life through mob violence triggers an inescapable sense of powerlessness among the law abiding citizens, particularly the minorities. Although Muslims are victims in 60% of such incidents, people from all religious faiths have suffered hate crimes.

Lynching was used to terrorize black community for generations in the United States; blacks were lynched on dubious and false criminal accusations but this was put to an end through NAACP (National Association for the Advancement of Coloured People). Mob lynching is a variant of ‘hate crime’, a term often used in the Western countries to describe an attack by a white supremacist against Blacks or Muslims. Hate crimes are also known as ‘right-wing violence’ or ‘xenophobic violence’ or ‘racial violence.’ In a similar fashion, there is a growing perception in India that mob lynching is carried out to terrorize not only minorities but also dissenters in the name of religion and culture. Violence against those who dissent has been sought to be rationalized as nationalistic. The killings of Mohammad Akhlaq, Govind Pansare, M M Kalburgi, Narendra Dabolkar and Gauri Lankesh were masterminded by religious bigots masquerading as nationalists.

Contemporary India has witnessed a surge in right-wing Hindu extremism, and crimes committed in the name of Love Jihad, beef eating, child kidnapping, cow slaughter and anti-Muslim fake news are aimed at normalizing this disturbing phenomenon. This right-wing propaganda usually spreads like a wildfire on the internet, particularly on the so-called Whatsapp University where it has become quite common to see pictures and videos of dead cows lying in a puddle of blood. It has been noticed that such videos and images on social media platforms are always of questionable veracity whose primary purpose is to incite fear, anger and violence. When this damaging and dangerous content is continuously circulated, the resulting fear in the minds of majority community gets converted into hatred toward the minority community.

Politically motivated polarizing tactics and diatribes only feed off pre-existing demeaning stereotypes about Muslims. Technological innovations have become enablers of violence for various political and cultural reasons. There are many parties and stakeholders involved in these hate crimes but victims are only innocent people and invariably from vulnerable socio-economic groups. But the most shameful is the attitude of India’s politicians and police officials who justify these crimes, garland the lynchers, deny it ever happened or shrug off their responsibility by preferring to watch as mute spectators. Even delayed or muted condemnation of communal violence, by those in positions of power, only signals tolerance of such activity. Why the ruling political elites do not distance themselves from those who are responsible for verbal and physical violence against Muslims?

In recent years, the alarming idea that the ‘nation’ belongs only to the majoritarian community has made global strides as many countries like Poland, Hungary, Brazil and Turkey have come under its sway. Even many long-established democracies, including the United States, have felt the pressure of this authoritarian tendency. Once nationhood gets defined on the basis of the majority religion, the demands get louder to discriminate the followers of minority religions.

The emergence of Hindu nationalist ideology in India, which is seen as replacing Indian civic nationalism, promotes the notion of a unique national culture grounded in Hindu cultural supremacy. The proponents of Hindu right-wing extremism are trying to radicalize their children and youth with ultra-conservative and fictional thoughts which often re-assert historical prejudices and ungrounded hatred toward Muslims. Sadly, the silence of ruling party politicians only gestures their approval for the vulgar, offensive and insensitive expression of these prejudices. And more sadly, the good-intentioned Hindus prefer to remain silent when mob lynching takes place or do not speak out when rabidly communal statements against Muslims are issued through Facebook or Twitter. Bhagwat has rightly identified such disturbing trends and condemned them. But his definition of ‘true Hindu’ would most likely fall on deaf ears of those who have been brainwashed to hate Muslims as ‘outsiders’. Hence, Bhagwat’s words will carry weight if they are followed by sincere attempts by the Central government to declare mob lynching as ‘domestic terrorism.’ Failure to do so would remind us of a popular song by Shailendra in Hindi movie, Teesri Kasam — Sajan re jhoot mat bolo/ Khuda ke paas jana hai! (Dear friend, do not lie/All of us have to face God!)

Hatred towards Muslims is a societal prejudice that enables discrimination to be carried out in behavioral acts. When the victim of mob violence dies a death, shockingly there is no remorse from the crowd. Only the victim’s family remembers the event even as the societal silence is spine chilling. Actually, one should not ignore the performance aspect to mob lynching. Those indulging in mob lynching or public beatings ensure that their acts are recorded and then the potential circulation of such videos is targeted to send a strong message of the majoritarian men terrorizing minority men into humiliation and subjugation.

The dominant mainstream assumptions that cattle slaughter and beef trade directly concerns only Muslims, Dalits, Adivasis and Christians is also far from reality. Unfortunately, framing of the debates around bovine trade along communal lines has been sustained by provincial media which acts as an echo chamber to propagate Islamophobia. The highly selective representation of Muslims as well as distorted reporting of crimes, criminals and circumstances has created an extremely toxic ecosystem.

In July 2018, a landmark judgment given by the Supreme Court had condemned the incidents of mob lynching and cow vigilantism as ‘horrendous act of mobocracy’, asking the government to enact strict law to counter them. Nevertheless, in spite of comprehensive guidelines and anti-lynching laws in some states such as Rajasthan, Manipur and West Bengal, the mob violence continues unabated. In many states where the right-wing groups feel emboldened such as Assam, Uttar Pradesh and Karnataka, there is widespread feeling that the enactment of stringent cattle preservation legislation would further exacerbate hate crimes.

There is no need for special laws in an ideal, law-abiding and peaceful society. But we are not living in an ideal world, and that is why India has so many special laws, such as those against terrorism, human trafficking, domestic violence and child abuse etc. Does our society not demand more severe punishment for raping a girl child than an adult woman? Why? Because we are left with shock and numb when we hear about such dreadful crimes. Indian Penal Code (IPC) and Criminal Procedure Code (CrPC) do not have specific provision dealing with the mob lynching because this was never seen as a crime in India. But it is not very different from terrorism for which we have the most stringent laws.

India is not just electoral democracy; it is a constitutional democracy where minorities are given special protection. Over the past few years, brutal scenes of lynching and violence have played out against Muslims, increasing their sense of vulnerability. Now, we are being told that Hindus and Muslims share the same DNA in India. If that is the case, how can the cold-blooded lynching of one’s brethren make one a hero rather than a murderer? The political and social consequences of mob lynching are as bad as those of terrorism. Mob lynching causes more than just a death; it kills the spirit and substance of democracy. Are those calling publicly for violence against Muslims and Christians the real friends of the Indian State?

The lines between mob lynching and terrorism have begun to blur. Mob lynching violates not only the spirit of India’s constitution by restricting an individual’s most fundamental freedoms but also India’s civilizational values of non-violence, tolerance, peaceful-coexistence and ‘Vasudhaiva Kutumbakam’. The time has come to brand mob lynching as ‘domestic terrorism’ because both share an overlapping pathology, actors and modus operandi. 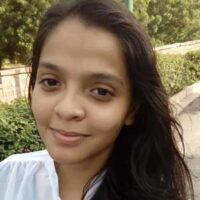 Shaista is a Masters’ in Philosophy with an interest in peace and conflict resolution. She is an independent analyst, having contributed articles on human rights, humanitarian intervention, forced migration and refugee crisis, religious extremism and Islamophobia. She lives in Rajasthan, India.