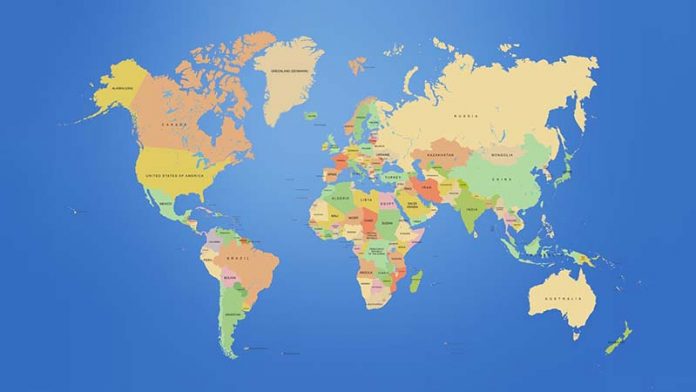 As the new cold war heats up between the status quo power, the US and the new rising power, China – there are a number of events that are quite possible and could happen between now and 2050. These predictions are based on current trends and are in no ways 100% accurate but many of these events have a high chance of occurring before 2050.

Reunification of Taiwan and China

The ROC and the PRC are at loggerheads, with increasingly worried US is backing the ROC and the rising power China is on the other side of the equation.

Taiwan forms an integral part of the first island chain, a chain of American satellite states stretching from Japan, South Korea, Taiwan, Vietnam and the Philippines. Taiwan is the most dangerous and the easiest to break out of all of the links in the chain due to the fact of its somewhat complicated legal status.

China can as of now, wipe the floor with the ROC military, even a regional coalition of Japan, the ROC, and South Korea would likely be unable to seriously deter an invasion. The main problem here for China is the US, the US Navy is still far ahead of China’s in practically all serious metrics. China is working overtime to reduce the gap. If Beijing is able to continue its military modernization program for the next one or two decades, the US will be in a precarious position in the Asia Pacific region.

In response the US and her allies have been trying to prepare for the inevitability that one day Taiwan may become simply indefensible from a military standpoint, this has included pushing harder on the SCS and trying to revive the TPP which was meant to cut down China’s economic power. Time will see how successful the US countermeasures go.

A much more cohesive anti-American bloc will emerge

As the US tries harder and harder to stymie China’s rise, China’s alliance network will increasingly bound together around this common threat.

We already see this in some ways, with Russo-Pakistani relations warming, Sino-Iranian relations warming, Russia along with its Central Asian satellite states finding themselves more and more integrated into Sino centric power blocs such as the SCO/BRICS.

These events extrapolated will see China-Russia and their respective alliance networks merging in a possible analog of Western Dominated institutions such as the IMF, WB, and the EU. The level of integration will ultimately rest on a large number of variables that are hard to predict, but it will happen if the US continues to push harder and harder.

The changing nature of the Earth

As Global warming heats the planet, automation reduces the need for cheap labor (thereby removing the economic ladder for poorer countries), and as water and resources get more scarce, we will begin to see large migrations across the world from unstable countries that will further be strained as resources dry up (literally).

We may see a more serious confrontation between Pakistan and India over the water of Indus River, in which India may find itself tempted to use water as leverage against Pakistan. China could get dragged in and retaliate using its hold on Indian waterways from Tibet, this could lead to a rapidly escalating series of unfortunate events that may boil over into a small-scale conflict or worse a triggering point for thermo-nuclear war.

As mass migrations, resource depletion and water drying up take their toll, we may see small-scale conflicts in already unstable parts of the world, especially in Sub-Saharan Africa, South America, South and South-East Asia and the Middle East.

The Middle East, which is reliant on Oil for economic prosperity will find it more and more difficult to keep living standards high as electric vehicles, renewable energy reach an inflection point in number and quality which will significantly depress demand for petroleum products. We may see Saudi Arabia (a large proportion of its population essentially reliant on state subsidies) undergo catastrophic radicalization and low-intensity warfare which can seriously throw off the balance of the world economy.

We should keep in mind, these predictions are not likely to be 100% accurate but they can provide a useful framework for predicting future events.