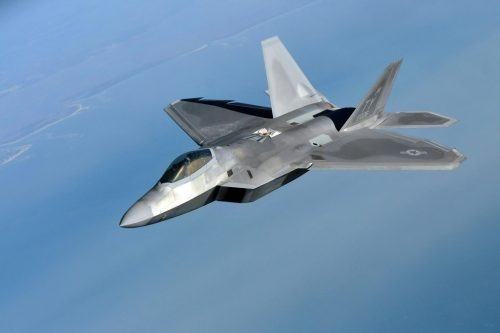 Russia and China are rapidly bridging the existing gap with the United States in terms of military technology. We are witnessing an emerging multipolarity in terms of military technology. The US has always joyed an unprecedented level of technological edge in warfare since the disintegration of the Soviet Union. In the First Gulf War, Moscow and Beijing observed with awe and surprise the unleashing of the most sophisticated and advanced military machine on the planet. The spectacular victory of the US and its allies against Saddam Hussein put the Russian and the Chinese on constant alert regarding their weakness in military capabilities.

Impressive show of force by the United States pushed its rivals to take drastic measures to improve their technological odds. The US was untouchable in the realm of stealth technology, precision-guided munitions, integrated air defense systems, advanced cruise missiles, and formidable carrier strike groups until the 2000s. Russia, as well as China, has shown marked improvement in designing and producing stealth aircraft, submarines, cruise and ballistic missiles, air defense and unmanned systems.

Russia, the true successor of the Soviet Union is not far behind the Americans in the great game of twenty-first-century warfare. T-50 stealth fighter plane, T-14 Armata Tank, S-400 and upcoming S-500 air defense systems, Su-35 and Mig-35 multi-role fighters would be highly capable and serious adversaries in a confrontation between Russia and NATO. Economic growth and political stability both in China and Russia have accentuated the emerging technological multipolarity in military affairs.

Russian annexation of Crimea and subsequent tension with NATO are the driving forces behind Moscow’s development and acquisition of advanced military hardware. Together with the economic sanction of EU, Expansion of NATO and United States deployment of ballistic missile defense systems in Poland have exacerbated the situation and accelerated Russia’s weapons development program.

The United States epochal decision of rebalancing to the Asia-Pacific is fueling even another arms race and security competition in the region. With the apprehension of a containment strategy followed by the US policy of rebalancing, China has responded with a steady increase in military expenditures for the last five years. Recent deployment of Terminal High Altitude Area Defense (THAAD) system in South Korea has sparked tensions in the region. China has condemned the decision and vowed to take countermeasures to ensure the survivability of its strategic nuclear forces. In Taiwan, the nationalist and pro-independence government of Tsai Ing-Wen has damaged the stability in cross-strait relations. All these developments are setting the ground for a new arms race in East Asia.

Emerging multipolarity, an arms race and security competition between the United States and two of its rivals would further destabilize Eurasian continent as well as it will erode the long-held technological superiority of the United States.