America-Russia relations are under enormous pressure. Bilateral relations between the two countries are now at its nadir. Expansion of NATO towards Russia and Putin’s decision to take over Crimea have severely damaged Russo-American bilateral relations. President Trump was very serious about improving relations with Moscow but incompatible national interests and situation on the ground have prevented him from taking positive actions. So, it can be assumed that the dynamics of US-Russian relations is very complex and on a downward trajectory. 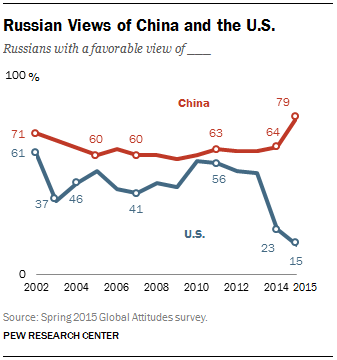 Merely the change in leadership in Washington or Moscow will not reset their relations to a new normal. Opposing national interests dominate the heart of the US-Russian rivalry. The outlook of their geopolitical interests in Europe is mostly zero-sum. A gain of US and NATO sphere of influence in Europe is necessarily a loss for Russia.This zero-sum structure of the system has poisoned their relations.

So, in near future, it is highly unlikely that their relations would be improved remarkably, though slight improvement in relations and limited cooperation in some areas are possible. Needless to say that the gradual expansion of NATO since the end of the Cold War has aggravated the situation, thus forcing the Russians into the arms of the Chinese. Even Russia and China would get new incentives and avenues for cooperation and accommodation as the United States is asserting itself militarily in both Europe and Asia. 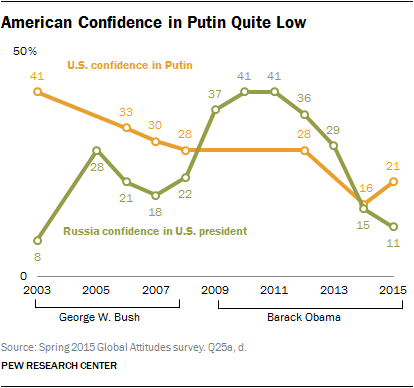 The United States relations with Russia are no longer considered the most important bilateral relations in the world. China is receiving more attention as a result of its stellar economic growth.

However, Russia-US relations are still important for many reasons. The world needs the two nations to work together in order to solve Syrian civil war, Ukrainian Crisis, North Korean nuclear and missile programs and climate change. These are the most pressing issues in recent times. The world community cannot address those problems without a certain amount of cooperation between the two countries.