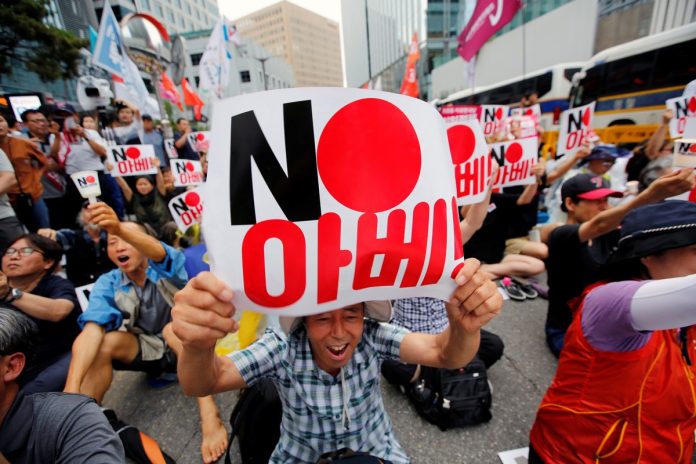 Japan and South Korea, major trading partners, established their diplomatic ties in 1965 under the Treaty on Basic Relations between Japan and the Republic of Korea. Their relationship has taken a toll over Japan’s use of forced labour during World War II, while South Korean courts recently ordered Japanese firms to compensate victims. Thousands of Koreans were mobilized during 1910-1945 colonial period to work in brutal conditions at various Japanese companies. Tokyo was infuriated by South Korean court decisions which made Japanese apprehensive about the verdict of the court which could undermine the basis of their bilateral relations.

The protests within Japan and Japanese Government clarified that both the countries had settled all wartime labour issues under the 1965 normalisation treaty.  Japan has further adduced a part of the 1965 treaty that calls for arbitration for disputes that can’t be settled by normal diplomatic means. Moreover,  it rejected a South Korean proposal for a Joint compensation fund to resolve the forced-labor dispute as it seemed a breach of International Law. While, Japan holds that all claims were settled under a 1965 treaty, under which it provided $300 million — $2.4 billion in today’s money and extended $200 million in loans. On the other hand, South Korean courts have said the victims were not compensated for their emotional pain and suffering.

One of the major reasons for the strained relations between Tokyo and Seoul is the issue of the ‘Comfort Women’ , where hindreds of Korean women were victims of Japan’s wartime sexual slavery. In 2015, Japan and South Korea reached a “final and irreversible” agreement on one of the most painful legacies of the colonial period, under which Tokyo provided 1 billion yen ($9.3 million) to set up a fund to compensate the former so-called “Comfort Women” and Prime Minister Shinzo Abe conveyed an apology. South Korea has also formally dissolved a Japanese-backed foundation meant to resolve this dispute.

Their relations reached a level of animosity  when recently, the Japanese government moved to restrict exports of materials vital to South Korean manufacturers of semiconductors and computer displays. Koreans felt that it was a form of retaliation in regard to the issue of court rulings against Japanese firms, while PM Abe denied all the korean assertions that checks were a form of retaliation. The differing views between the two nations further severed their ties. South Korea also demanded Japan to withdraw tightened curbs imposed on exports of materials for making chips and smartphone displays. Furthermore, it also pledged to help the affected domestic companies.  South Korean chipmakers such as Samsung Electronics Co. and SK Hynix Inc. are likely to be impacted by the decision targeting movements of fluorinated polyimide, resist and hydrogen fluoride. Moon wants Japan to return to its Principle of Free Trade that it has been wanting to implement for a long time. Moreover, he also threatened that he would take responsive and counter measures if South Korean companies were harmed by the restrictions.

This rising animosity has a great potential to affect the ability of the two nations to counter regional threats from China and North korea. The cooperation between Seoul and Tokyo is vital in the process of Denuclearisation of the Korean Peninsula even though Japan does not have much say in it. During the G-20 Summit held in Osaka in June, Moon and Abe failed to hold one on one meeting, while Abe felt that South Korea has to face the burden of resolving the issue of forced labour. Moon said in a meeting that “if the Japanese move causes ‘actual damage’ to South Korean companies, Seoul would have no choice but to take necessary action”. Countries seem to be worried about the moves which restrict trade between companies for political reasons. Seoul further rejected Tokyo’s proposal of Third-party arbitration.

Seoul has also decided to bring the dispute to a meeting of the World Trade Organisation (WTO) General Council. If this dispute continues for a long time, it could certainly disrupt the global electronics supply chain. Furthermore, these disruptions may directly hit Apple, Huawei and Sony among others in the production of smartphones, computers and televisions. Cordial relations between the two nations are of importance as both are strong US military allies and major trading partners. Since PM Abe remains in power until 2021 after the Upper House Elections in the month of July, and President Moon is dealing with the shrinking economy, it is rather fascinating to see this matter as domestic political dynamics and unresolved historical issues. 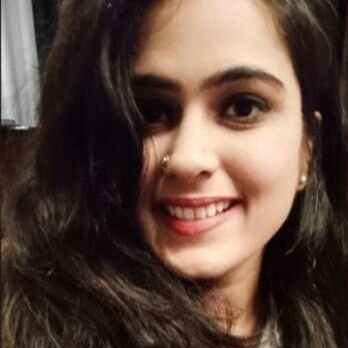 Simran Walia is a Research Scholar, pursuing M.Phil in Japanese Studies under the Centre for East Asian Studies from Jawaharlal Nehru University. Prior to this, she was working as a Research Assistant at ORF. She has published articles and papers in magazines and websites like ‘The diplomat’, ‘The Geopolitics’, ‘Indian Defence Review’ and Global policy journal. Her research interests include Japanese politics and foreign policy and East Asian foreign policy too.