This particular January morning starts out like almost every other Saturday morning here on Kaua’i, though the sunrise at first light is exceptionally beautiful, even for Hawaii. So beautiful that Bruce is moved to take a picture and send the flaming image out to our children and other family and friends. We will look back at that image again later today in a different light.

Bruce is about to leave for the farmer’s market when his nephew, Tom, bursts in, trying to catch his breath. He shoves his cell phone in front of Bruce, who reads the text message. “I don’t believe this,” Bruce says.

I immediately think of Julie, Tom’s mom. Is she having complications with her surgery? Is she still with us? “What is it?” I ask.

Then Bruce reads the text:

He glances at his own cell phone. “Tom, you’ve been hacked. Someone has hacked into your cell phone. This is a hoax.”

Bruce holds up his phone. “There’s no message on my phone.”

Tom is still catching his breath. He’s run a thousand yards from the beach.

I check my phone, which I switched to silent overnight. There it is.

Bruce looks again at his phone. At this very moment the alert appears on his screen. We have different carriers. AT&T subscribers are receiving the alert after Verizon’s.

It is January 2018, at the height of “fire and fury” fears about North Korean nuclear tests and long-range missiles; I know more than I want to know about nuclear weapons. Bruce and I have spent decades of our lives working on US-Russian relations—he in Russia-related faculty positions at Harvard, I as a filmmaker and founder of US-Russian exchange initiatives—and much of the past year interviewing top officials and experts in Washington and Moscow about the escalating nuclear danger. We face a complex set of nuclear threats that could lead to a 21st century Armageddon in any number of ways—through bluster, blunder, accident, miscalculation, malfunctioning sensors, malware, terrorist computer hacking, or simple human rage and reaction.

Now, though, that threat is no longer theoretical; it is here, “INBOUND TO HAWAII,” on its way to us, to our home on one of the most remote island chains in the world. Continue reading…

The piece was originally published on August 6, 2018, by the Bulletin of the Atomic Scientists. 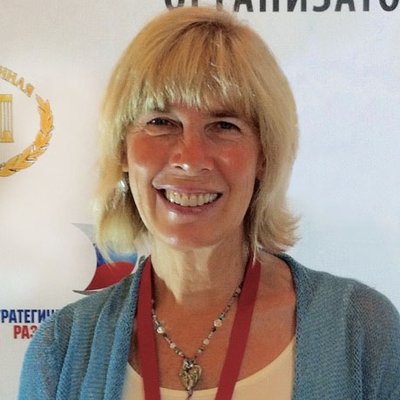 Cynthia Lazaroff is a documentary filmmaker who has spent the past year interviewing officials and experts in the United States and Russia on nuclear dangers. She has founded groundbreaking US-Russian exchange initiatives since the early 1980s. Cynthia lives with Bruce Allyn and their family on a farm on Kaua’i. She and Bruce are engaged in Track II diplomacy with Russia and worked together on a series of dialogues on the 1962 Cuban Missile Crisis.