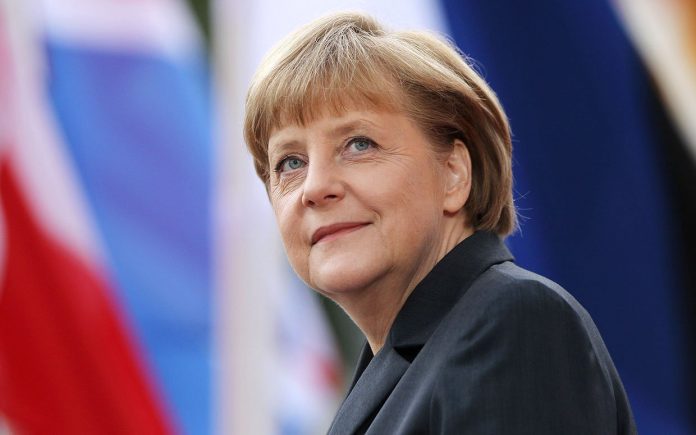 As uncertainty prevails across the shifting political landscapes of many Western nations, the longevity, experience, and policies implemented by Angela Merkel should not be overshadowed by a limited focus on current political considerations.

With Merkel’s announcement of October 29th that she would not run for the leadership of the Christian Democratic Union this December, and subsequently not seek a further term as Chancellor in Germany’s next federal elections (2021), thoughts quickly shifted to an anticipated void of leadership in both Germany and the European Union. A recent poll suggests that nearly two-thirds of Germans think Chancellor Merkel should step down in early 2019. Numerous critiques of Merkel’s leadership style also seem to focus primarily on present political evaluations. What once was praised as Merkel’s measured and constrained leadership style in the face of domestic and international pressures, now seems to lack the grand actions required in the face of destabilizing international alliances, and a rapidly shifting domestic political landscape. In reflecting upon the leadership of Chancellor Merkel and the needs of Germany, the European Union, and the international community as a whole moving forward, it is incorrect to simply isolate the most recent developments and criticize a 13-year continuity of leadership and policy. Take for example the worldwide economic collapse and the Greek bailout crisis in particular, where the results of Angela Merkel’s policy concerning financial aid and intervention in Greek affairs are tentative, and her legacy stemming from this issue is still developing.

Germany, Greece and The Economic Crisis

Chancellor Merkel, during what would represent the greatest international economic threat since the Great Depression, was compelled to assume wide-ranging policy decisions incorporating the affairs of numerous European nations.

As a member of the European Union since 1981, Greece adopted the shared currency, the euro, in 2001. With a currency valued at far more than that of the nation’s wealth, Greek officials borrowed against the euro to solve numerous labor disputes with immediate concessions, while the financial elite adjured themselves from paying taxes. This led to a Greek society accustomed to government wages, benefits, and pensions the country could never afford in reality, buoyed only by the robust European economy. When the worldwide economic crises devalued this economy, Greece could no longer hide from its own massive debt. Without a European intervention, Greece would have defaulted on its national debt, meaning Greece would have ceased to exist as a functioning nation. On Sept. 26, 2012, Greek workers, estimated in the range of thirty-to-fifty thousand, walked off the job for the first general strike since the country’s new coalition government was formed the previous June. This coalition government was elected to advance with the European bailout package and its imposed implementations of essential spending cuts. This strike was the resumption of disruptive and increasingly violent protests of the Greek citizenry in reaction to the nation’s austerity budgets.

As the leading economic power of the European Union, Germany was asked to contribute the biggest share of the financial guarantees under Greece’s potential bailout. This is what Merkel faced in a post-2008 world, Greece facing default on its national debt, a European Union in existential crisis and Germany economically exposed to the affairs of both.

When a referendum was first proposed in Greece in November 2011, following the massive austerity plan proposed by the Greek government to qualify for the Eurozone bailout package, German Chancellor Angela Merkel, in a clear statement of intent towards the Greek government, the citizens of Greece, and the whole of Europe, declared “there is no such thing anymore as domestic policymaking”. This pivotal policy direction on the part of Merkel was mandated by the post-2008 realization that any nation’s economy within the European Union, no matter how small, had the potential to harm even the strongest member nation. In order to qualify for the EU bailout, largely funded by Germany, the Greek government had to make substantial economic and societal changes, which included cutting wages and raising taxes totaling 13.5 billion euros by 2016, as well as increasing the retirement age, and redacting previous government benefit packages.

Domestically, Chancellor Merkel and her center-right coalition’s plan called for an increased European fiscal union.  Her coalition, including Bavaria’s Christian Social Union, and the Social Democratic Party of Germany, had maintained a stable government since 2005 on the basis of prudent domestic leadership in the face of worldwide turmoil. As such a policy would affect internal German matters, Merkel required the support of the opposition parties totaling a two-thirds majority in parliament. Both Merkel and the German people held great reservations about conceding sovereignty and money to save the faltering euro currency, and the failing economies of other nations. Although the February 2012 German parliamentary vote to approve the second Greece bailout package passed by a 496-90 vote, a growing center-left opposition emerged and was supported by 17 members of Merkel’s own coalition. When the failing European economy was the problem of “other” nations, the German people questioned paying for other nation’s failures. The fact that the crisis was previously limited to outlying countries such as Greece and Spain, provided the opportunity to oppose integration. As the economic downturn slowly spread into the German market, including in 2012 a reduction in demand for Germany’s strongest export commodity, the automobile market, Merkel presented a clear case for proactive measures that would solve the crisis in the long-term.  An opinion poll conducted at the time found that 53 percent of Germans had been opposed to the Greek rescues package, with 43 percent in favor. Despite these daunting numbers, there was a growing case presented by Merkel in Germany that without such action, the nations own prosperity was at risk.

Although a policy to increase European integration would ask a lot of Germany for the welfare of other nations, if a recovery were to be realized, it also placed Germany in a position to lead, and in fact, designate terms in which this new fiscal union should develop. Overt leadership is a position in which Merkel has never appeared eager, almost always opting to impose a form of soft power by consolidating consensus opinion rather than overt displays of hard power. Merkel, therefore, had to temper the ambitions from within her own party. German finance minister Wolfgang Schauble admitted that Chancellor Merkel was “a little more cautious” when outlining his ambitious goals for the euro-based economy. Schauble’s plan included major systemic changes to advance deeper European integration, primarily implanting EU oversights over a portion of national budgets and regulatory provisions. Despite this caution, Merkel backed the proposal to forward the success of the EU bailout package. This level of support for integration would waver over years of negotiations, numerous bailout packages, and threats of upheaval from within Greek society. Merkel’s adherence to the structural reforms imposed on Greece would remain a key policy demand and bargaining chip during continual negotiations, but the issue of the Eurozone control waned when leading into the federal elections in September 2017. When accessing the state of Greece, despite doubt from within Greek government and society, she stated, “We are in much better shape than we were just a few years ago.”

A Fragile Success or Call for Continued Attention?

The financial crisis and the risk of Greek default forced Germany and Angela Merkel to visibly ascend into a leadership role of the European Union. Merkel would be further confronted with new crises to follow, including that of Ukraine and ongoing immigration issues. In dealings with an increasingly aggressive Russia, it fell to Merkel to create consensus amongst the other 27 EU members in prolonging the union’s sanctions. In light of these demands on the German chancellor, incremental societal and economic reforms within Greece would seem to have been adequate to move the bailout process forward, compared to the multitude of dangers in the case of a collapse of Greece.

Today, as Greece emerges from its successive bailout packages, we are left with more questions to explore near the end of Angela Merkel’s Chancellorship. Yes, Greece is in a much better position than it was in 2011. We will eventually see, however, if the legacy of the bailout is merely temporary austerity measures or a wider range of societal changes resulting in a responsible form of national-sustainability.  In late August 2018, Greece announced it had successfully completed a major repayment step in its Eurozone emergency loan program. In turn, the EU’s Commissioner on Economic and Financial Affairs, Pierre Moscvici stated, “Greece will be treated like any other Europe area country”. Little more than two weeks later, Prime Minister Alexis Tsipras presented a new economic policy calling for tax breaks and an end to the austerity measures previously mandated under the terms of the European bailout package. Beneath these recent optimistic announcements, we still see signs of a struggling populace and fragile employment sector. In losing the continuity of Angela Merkel, Germany as well as the European Union not only faces the uncertainty of current affairs moving forward, but the possible return of threats from the recent past.

Future Questions for a Developing Legacy

As to Merkel’s legacy and her policy actions during the Greek bailout crisis, what may appear today as simply prudent and nondescript positions were in fact at the time very strong policies paired with prudent threat evaluation, and the measured application of German economic pressure upon fellow EU nations. Merkel’s legacy must include, therefore, the careful analysis of ongoing and systemic situations in Western society and cautious application of pressure when ultimately necessary.

In the future, the question of Angela Merkel’s leadership will mandate a larger exploration of the German concept of leadership in the early 21st century. Does Merkel’s exit denote the limits of soft power influence and consensus building? Her perceived inability to stem current crises is possibly due to previously expanding the limits of soft power in the era of rising populism and leadership based as much on strong personalities as rational policy arguments. Yes, Germany’s next chancellor will face a wide range of policy issues, both domestic and foreign, but unless Germany is prepared to assume a new level of active leadership on the world stage, a clear responsibility will be to continue the thoughtful policies of Chancellor Merkel’s tenure. 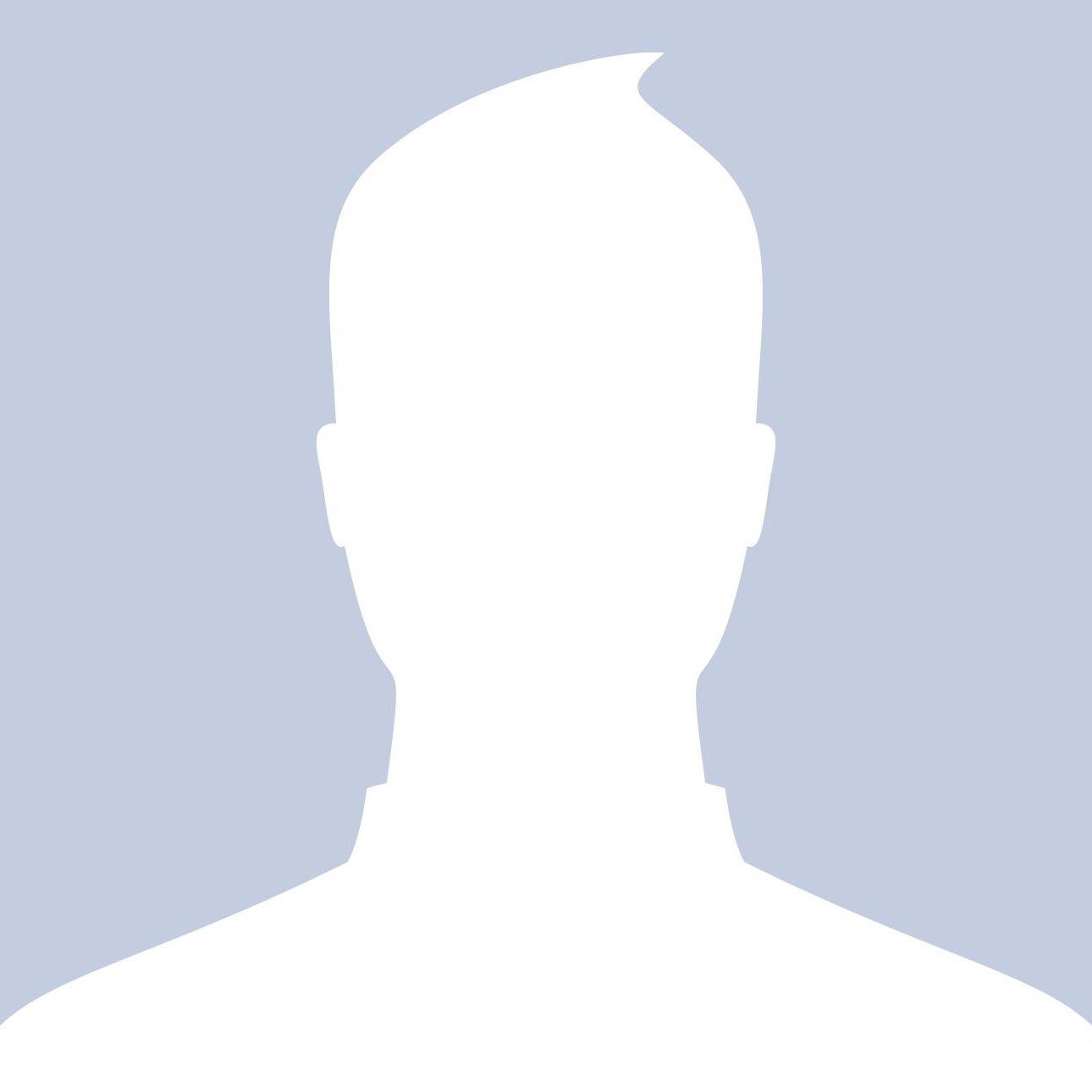