On the eve of the 84th anniversary of the tragic events involving the Imperial Japanese Army in China, which went down in history as the “Nanjing Massacre” (December 13, 1937), it is interesting to look at modern Japanese society and try to catch the attitude of the citizens of the Land of the Rising Sun to those distant events. One way or another, this incident is still quite controversial and still remains a stumbling block in Japan’s relations, both with China and with other countries in the Asia-Pacific region, such as South Korea and the Philippines. What are the contradictions and why is this problem still controversial in the world community?

By “Nanjing massacre” in world history it is customary to mean mass killings, acts of sexual violence and forced experiments to which the peaceful Chinese population was subjected by the Japanese invaders in 1937. According to experts, between 200 and 300 thousand people became victims of the Japanese military, although the exact number of deaths is still unknown. In Japanese historiography, what happened is called the “Nanjing incident” and most of the documents about what happened are lost or destroyed.

On Aug. 15, 1995, the day of the fiftieth anniversary of the surrender of Japan, Prime Minister Tomiichi Murayama formally and clearly apologized for the actions of Japan during the war for the first time. He asked for forgiveness for Japanese aggression and the suffering it had caused the peoples of Asia. However, despite the fact that the Japanese government officially recognized the killing of a large number of noncombatants, looting and other manifestations of violence in Nanjing, captured by the Japanese army, Tokyo continues to pursue an ambiguous policy on this issue.

Glorification of the criminals

So one of the favorite places of visit for top officials of Japan remains the Shinto temple of Yasukuni, which is a sanctuary in honor of Japanese warriors, including those who died during the World War II. Among other “heroes” in the temple, the names of the participants in the Nanjing massacre are also recorded. At the same time, stands in the museum located at the temple inform visitors that there was no massacre in China at all. In addition, annual visits or symbolic offerings to the Yasukuni temple by Japanese prime ministers invariably cause a wave of indignation from Beijing. Another controversial point is the deliberate distortion of this historical fact in school textbooks. The younger generation of Japanese are taught that either there were no war crimes at all, or they were justified. As a result, the vast majority of the modern Japanese population is based on false facts, and has no idea of the true causes of anti-Japanese sentiment in China.

Quiet voices of the mind

Despite this, in Japan there are those who remember important historical facts linked to relations between the two countries, and seek to draw public attention to Japanese responsibility for the Nanjing tragedy. For example, the Japanese public organization “No More Nanjing Association” holds annual meetings to honor the victims of the Nanjing incident and call on society to create a peaceful common future. Japanese activists consider it important to convey the true story to more people, especially Japanese and Chinese youths.

In Japan, the Nanjing Massacre harms feelings important to national identity – “pride, honor and shame.” Japanese historian Hiroshi Yoshida writes that “Japan, as a nation, recognizes its past mistakes and regrets them;… but at the same time firmly meets all the accusations and international pressure, and teaching Japanese youth that it was preceded by a generation of sacrificial heroes who fought in a just war for Asia without Western influence”. Therefore, the full recognition of the “Nanjing massacre” by the country’s leadership can be considered by some circles in Japanese society as a loss of national spirit.

As a result, despite irrefutable evidence of Japanese guilt for the crimes of the Imperial Army, it seems difficult to hold Tokyo accountable for incidents, since the country’s leadership strongly denies all the arguments, and there are fewer surviving witnesses to Japanese war crimes every year. As a result, modern Japanese society finds itself in conditions where some are raised on distorted historical facts, and others, not indifferent to real data, in fact, cannot influence this process. The situation is also complicated by the categorical position of the Japanese leadership, which does not accept the appearance of the country as an “inhuman invader” and continues to underestimate the extent of its responsibility. All this leads to the fact that Tokyo continues to educate the younger generation, convinced of the correctness of the Japanese war criminals of the World War II, while the victims of the Nanjing massacre are forced to live their remaining days without receiving either compensation or even an apology from the Japanese side. 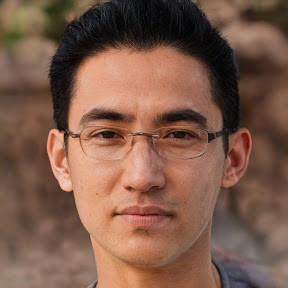 Alan Callow is a freelance journalist based in the Philippines. He has experience in covering the Asia Pacific region.