On the sidelines of a meeting of Foreign Ministers of Shanghai Cooperation Organization (SCO), India’s External Affairs Minister S. Jaishankar met his Chinese counterpart, Foreign Minister Wang Yi and agreed to adopt a five-point approach to resolve the ongoing four-month-long standoff at the Line of Actual Control. This breakthrough decision was taken days after the incident on the night of 29th-30th August, in which the Indian Army conducted a countermeasure and a tactical operation at the southern bank of the Pangong-Tso lake. As a result of this operation, India now dominates the whole of Pangong area by managing to take control of vantage heights such as Black Top, Helmet Top, Rechin-la and Rezang-La of the Kailash ranges. With China on the back-foot at south Pangong, the possible reactions are limited.

Albeit all these vantage points are on the Indian side of the LAC, the Black Top is one among the twenty-one areas of different perceptions, claimed by both the sides. India now dominates the entire south Pangong, threatening to push the People’s Liberation Army (PLA) up to to the international border as it existed in 1947, if the situation escalates and lead to limited war. As a result of this, the PLA attempted to change the new status quo in the southern bank of the Pangong-Tso at Mukhpari Top which led to the firing of shots by both the sides for the first time in forty-five years. The situation is tense, and both the armies are within the shooting range at Spanggur gap.

1. Create a Galwan like incident at the Southern Pangong

2. Open another front of intrusion at a different location

3. Try and negotiate for disengagement and de-escalation at Southern Pangong

Ten days before the June-15 clash at Galwan valley both the sides had agreed for a disengagement and China’s reluctance to disengage caused the incident. The Indian Soldiers were pre-empted and brutally assaulted with boulders, rocks wrapped with barbed wires and wooden logs with nails that led to the killing of twenty brave soldiers on the Indian side and an unknown number of casualties on the Chinese side. Days after this violent clash, both the sides agreed to disengage at Galwan, which led to the creation of ‘buffer zone’, which is believed to be largely on the Indian side, eventually restricting Indian army from patrolling its own area. Though the validity of the Buffer zone was only for thirty days but the status of the zone is unknown. With unable to swallow the bitter pill of India now dominating at the southern bank, the PLA soldiers were seen with machetes, spears, rods, and guns near Rezang-La.

It is highly likely that the PLA will try to close in on India’s forward positions and attempt to dislodge Indian troops from their posts on mountain heights at the southern bank of the Pangong. The PLA will likely create a Galwan like incident without firing a single shot and perhaps negotiate to create another buffer zone at LAC.

Since the start of this episode in early May, the PLA intruded at Galwan valley, Fingers area of Pangong-Tso and Gogra-Hotsprings and when the negotiations were ongoing between both the sides, the Chinese pre-empted India again and opened a new front at Depsang Plains. The joint press statement released by both the foreign ministries reiterates that “The two sides agreed to continue to have dialogue and communication through the Special Representative mechanism…”. It would be naive on the Indian side to completely rely on negotiations, as Mao Tse-tung famously said, “Negotiation… is taken for the dual purpose of gaining time and to wear down, harass and frustrate the opponents.” Thus, India should be prepared for the possibility of a new front of intrusion by the Chinese. As Lt Gen HS Panag (Retd) says about the LAC, now the principle of “finders are keepers” currently prevails.

The other possibility would be for the Chinese, is to negotiate for disengagement and de-escalation at Southern Pangong as agreed at the Foreign Ministers meeting. Just hours after the joint statement, the Communist Party’s mouthpiece the Global Times run an article iterating “responsibility rests entirely with the Indian side”, perhaps hoping to repeat the Doklam.  During the 2017 standoff at Doklam, a tri-junction point between India, China and Bhutan, China successfully implemented its “Two-steps ahead, One step backwards” policy. According to the agreements reached, both the parties had to disengage, deescalate, and vacate the Doklam Plateau but as Indian side deescalated, China continued to hold the ground and occupied entire Plateau and built permanent fortifications. The Doklam outcome must not be forgotten while negotiating with the Chinese because with their success at Doklam, they would be motivated to repeat the Doklam at the Pangong-Tso.

The Indian Army should be prepared for all the possibilities. With both the armies are now within shooting range, there is increased possibility of a Galwan like incident, in which China would try and force India to fire the first shots. In an event of any such attempt by the Chinese side, India should not hesitate to deal with the situation by military means. Even if China resorts to negotiations, India must not let its guard down because of China’s famous tactic of “Yi bian dan-Yi bian da” (Talking and fighting simultaneously). On one side India should dissuade and deter the Chinese in opening another front of intrusion and on the other side during the negotiations, India should be cautious that both Doklam and Galwan must not be repeated. Kowtowing and the honeymoon period with China is over, officials at New-Delhi should be prepared for all the possibilities and ‘Realism’ should be the only driving ideology in dealing with China. 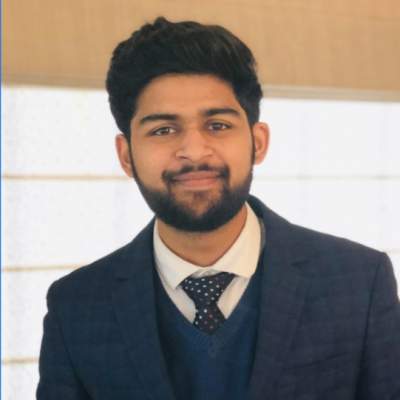 Sagar N
The author is a research scholar and Master’s student at Jindal School of International Affairs, OP Jindal Global University, New Delhi. He is also a student of European Global Studies, University of Basel, Switzerland. His work covers geopolitics with focus on China and Indo-Pacific politics. He also holds a Bachelor’s degree in Aeronautical Engineering.