After 20 years of long military presence, the overhyped and ambitious plan to kill Osama Bin Laden dragged the US into the Afghan quicksand. The cost was enormous: an estimated $2 trillion and close to 2,400 Americans lost their lives, as well as up to 69,000 Afghan military casualties and nearly 47,000 civilian deaths. On the midnight of July 01, when the Afghans were sleeping the US quietly began leaving Afghanistan from its Bagram Air Base followed by massive evacuations.

Afghan President Ashraf Ghani fled the country. His interim government collapsed as Taliban fighters enter Kabul. It is indeed a big slap on US foreign policy and a huge moral and strategic failure since the fall of Saigon in 1975.

Beijing has squarely blamed the US for its hasty withdrawal from Afghanistan which  created cross-border volatility and insecurity. Chinese Foreign Minister Wang Yi hosted a highly publicized high-profile official meeting with a delegation of nine Afghan Taliban representatives. The minister has stated that Washington must be stopped from “creating more problems and dumping the burden on regional countries.” Beijing has been waiting for this moment for a long, when the Taliban was forced out by the US intervention, the Chinese maintained a cordial relationship, providing save heavens for the militia in China and even signed an agreement for greater economic and technical cooperation with the Taliban.

Beijing sees Afghanistan as its moment of exploitation. Craved for natural resources, especially copper which China has a 30-year lease on the deposits at Mes Aynak. Beijing also eyes on Afghan’s unexploited reserves of coal, iron, gas, cobalt, mercury, gold, lithium, and thorium. The war-torn country may have 60 million tons of copper, 2.2 billion tons of iron ore, 1.4 million tons of rare earth (lanthanum, cerium, and neodymium), and deposits of aluminium, gold, silver, zinc, mercury, and lithium. For Afghanistan, China has become the largest foreign direct investor since the Afghans opened its raw material sector in 2007.

Apart from acquiring the abundant natural resources, Chinese President Xi Jinping’s ambitious plan of connecting countries through the Belt and Road Initiative aims of linking Kabul and Pakistan through China-Pakistan Economic Corridor. For China, Afghanistan remains an important route to connect with the rest of the world. China is using all possible means to advance its economic ambitions in Afghanistan. It sees the region as a geopolitical puzzle of bringing Iran, Afghanistan and Pakistan linking through its BRI projects and expanding its geopolitical clout. In the region, China has emerged as an unchallenged economic and regional power that could swoop into as a long-term player.

China’s most pressing security threat in Afghanistan is regularly said to be the independence-seeking militant Uighur East Turkestan Islamic Movement. It plans of increasing its security presence to prevent extremists from instigating unrest in the neighboring Xinjiang region with the help of Taliban led Afghanistan. In return, the Taliban hopes for economic developments and to overcome internal instability.

As the US departs, the complex geopolitical arena where the US, Britain and Russia have failed will be an important geopolitical litmus test for China. While filling the vacuum and instead of confronting and expelling the Taliban, Beijing is inviting them on the same seat to accommodate them to leverage the country’s resources and enable the necessary networks within Belt and Road Initiative and the China-Pakistan-Afghanistan economic corridor.

In a meeting on July 28, Chinese Foreign Minister Wang Yi has called the Taliban “a pivotal military and political force” in Afghanistan’s reconstruction and urged their leaders to hold peace talks. The US Secretary of State Antony Blinken on a visit to India warned that Afghanistan would become a “pariah state” if the Taliban takes control by force. The secretary further states “These are not the Taliban of the 20th century…but the manifestation of the nexus between transnational terrorist networks and transnational criminal organizations.” US President Joe Biden has defended his decision by blaming the Afghan politicians for betraying their country and for not being willing to fight the Taliban.

The withdrawal of the US forces has made huge strategic gains for China to deeply penetrate Pakistan, Iran and Central Asia. The tragic unfolding is indeed an indication of the decline of the US as a liberal power and the advent of a new authoritarian state that threatens to eclipse the US technologically, militarily, and economically.

In this quagmire full of complexities and opportunities the Chinese empire is destined to enter as a new player in the great game. In contrast to previous empires, China with its ambitious projects and deals, it could emerge as the champion of the century from the Afghan graveyard which the US, Britain and Russia have tried and failed. 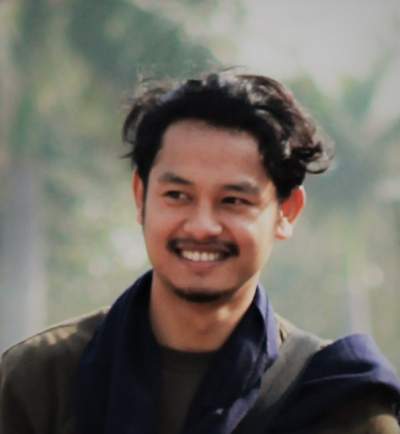 The author is a former intern in the Latin America and Caribbean (LAC) Division, Ministry of External Affairs, Government of India. He writes in his blog Global Affairs on international politics.