In the last few years, with the Line of Actual Control witnessing an increase in cross-border aggression, China has become a primary concern for Indian foreign policy strategists. While warranted, this concern seems to have bled into all aspects of Indian foreign policy. For all its accusations of Pakistan being obsessed with its bigger neighbor, India seems to be emulating the same behavior.

Increasingly, South Asia’s largest nation views its forays into the developing world in light of Chinese actions. Where relations were based on mutuality and independent thinking, they have now become based on countering Chinese action. One cannot read an article on India’s strategy towards any part of the world without China consuming a considerable chunk of it.

The matter becomes even more pressing when it comes to India’s neighborhood. The response to become more involved in its region might be counterproductive for India. South Asia has historically been dominated by India due to its size and centrality. But with China’s entry, India’s smaller neighbors have been able to gain the upper hand by pitting India against China. While India could easily push its weight around before, now such actions just push them more towards China.

In 2015, Nepal accused India of supporting a blockade imposed by the country’s Madhesis population who were dissatisfied with the new constitution. The years following this incident saw Nepal slowly gravitating towards China. Better connectivity with its northern neighbor also decreases the landlocked nation’s dependency on India.

But Nepal also is a case study of the positive effects of a different strand of India’s foreign policy. After the drastic consequence of the 2015 blockade, India has decreased its interference in Nepal’s domestic landscape while China has increased its intervention in hopes to create a united communist front in the highly fractious political scene of Nepal. This seems to have been in vain. With the dissolution of the Nepal Communist Party (NCP), the more centrist Sher Bahadur Deuba has come to power.

The new Prime Minister has a history of maintaining good relations with India. Even if a united communist government rules Nepal again, its factions will keep using external forces to legitimize their powers. Oli had run on an anti-India campaign, but he showed interest in fresh talks with India after being sidelined by Chinese officials. Additionally, the CPC’s self-aggrandizing interference, such as the inculcation of Xi Jinping Thought to their Nepalese comrades, might lead to the latter party drawing sharp distinctions from their counterparts across the border. China should practice what it preaches and not interfere.

The respective responses of both India and China to the Myanmar coup might prove to be another example where India gains from keeping its distance while China faces unpleasant consequences for meddling in the affairs of another state. India has struck a neutral tone by not condemning the coup immediately. This will keep its options open no matter which way the wind will blow in the coming months. But China, like in the case of Nepal, has kept all its eggs in one basket. It is probably the only country backing the military junta, effectively propping up.

Even if the military rule continues into the foreseeable future, China’s support of the current authority is viewed unfavorably by the Burmese public. There have been attacks on its investments in the country. In such a situation, India will still be able to maintain relations with the junta as the latter will be desperate for any form of external validation. And if the regime changes again, the new administration will not look kindly upon the country which aided its oppressors.

These incidents show that there is a lot to gain by being less intrusive. India should respect the independence of its neighbors and understand that sometimes their interests might not align with its own. Its geopolitical intervention in South Asia generally has not worked out well, except in the Maldives, a country that is aware of its vulnerabilities.

Wary of their smaller stature, India’s neighbors value their independence in decision making. Worries about being overpowered make even equal relations seem unjust. That is why in most successful long-lasting deals with its smaller neighbors, India had to give more than it received, whether this may be the enclave exchange with Bangladesh in 2015 or the Indus Water Treaty with Pakistan which has outlived three wars.

On the other hand, any heavy-handed gesture will make the smaller states defensive. In May, the Chinese ambassador to Bangladesh, Li Jimming warned that the bilateral relations between China and Bangladesh will face “substantially damage” if the latter were to join Quad (Quadrilateral Security Dialogue), the informal strategic alliance made up of India, Japan, and Australia, and the United States.

This statement was met with resistance and Bangladesh re-asserted its freedom to decide on its foreign policy as a sovereign nation. Last year, Shiekh Hasina’s administration had decided to cancel Sonadia deep-sea project, an investment China was eyeing, and decided to collaborate with Japan to develop a deep-sea port in Matarbari by 2025.

To restrain any overbearing behavior, India should take a leaf out of the realist book by respecting pluralism in thought and action around it. This pluralism would also mean coexisting with China in the neighborhood. For India’s own sanity, it should not view every strategy in light of China’s position nor every engagement by the surrounding nations with China as a loss. As in the case of Nepal, China’s increased engagement in India’s neighborhood might turn out to be detrimental to Beijing’s goals. In a similar vein, the Hindu reported a growing skepticism of China in Sri Lanka’s public discourse and media recently.

But the pendulum will keep on swinging. There will be mild forms of tussles and conflicts. The next administration in Nepal might again covet Chinese attention. The response to such events should not be equal intervention from the Indian side.

Instead of viewing New Delhi’s involvement in the region in comparison to Beijing’s as a zero-sum game, India needs to accept that China will also have dealings with individual nations in the region. When India takes China’s presence as a competition, the host country is able to manipulate the situation.

At the same time, India should learn from China’s mistakes. Beijing’s neighborhood had been the first to open up to economic relations. But China’s increasing aggression might push them into the QUAD grouping. Similarly, increasing its footprint in its neighborhood will get India involved in some sticky situations.

India’s aim to compete with China in part created the vaccine shortage domestically. In its bid to outcompete Chinese vaccine diplomacy, India started shipping several batches of doses to the developing world. Accompanying negligence and ill-found confidence, this proved to be a disaster when the second wave hit.

The point is not that India should suddenly stop considering China’s actions when it comes to mapping out its foreign policy, the argument is that India should stop being consumed by it. Stepping away from the Chinese lens will also lead to India not wasting its time on inefficient fronts while finding opportunities that were previously overlooked. Its independence in foreign policy relies on not being coerced by American interests and not defining every strategy in terms of combating China.

In the end, India will have to swallow the bitter pill that China is the more powerful party. Thus, it will have to pick and choose its battles. And if Chinese intervention increases in the Indian subcontinent, India won’t even have to pick as its more independent-minded neighbors might choose it. 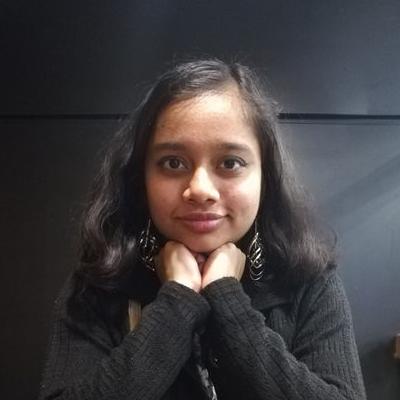 Aswathy Koonampilly is a postgraduate in International Relations from Christ University, Bangalore.