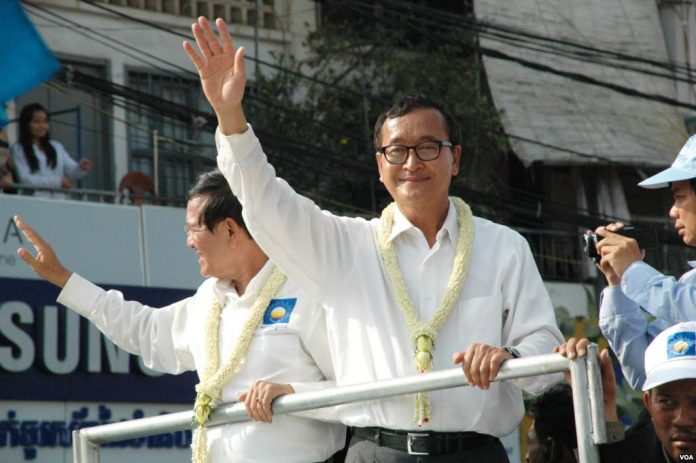 The end game is approaching for Cambodian Prime Minister Hun Sen. The former Khmer Rouge commander who has held power since 1985 has returned Cambodia to a single-party dictatorship by banning the peaceful opposition, the Cambodia National Rescue Party (CNRP). This is the only party that has enough support to challenge the ruling Cambodia People’s Party (CPP).

The desire of the Cambodian people to determine their own future, and their knowledge that it is their inalienable right to do so, mean that the game is nearly up.

The attempt to repress the CNRP, which resulted in the CPP winning 100% of the seats in the national assembly in a bogus election held in July 2018, rests on a foundation of sand. This is made clear by Hun Sen’s inability to solve the problem he has created for himself concerning the leader of the CNRP, Kem Sokha. It was the arrest of Kem Sokha under the ludicrous charge of treason that served as the pretext to dissolve the CNRP. But Hun Sen cannot legally keep Kem Sokha under house arrest beyond this March. Neither can he organize any credible trial for lack of evidence.

The European Union has responded forcefully to the crisis. It has started the process of ending Cambodia’s duty-free access to its markets under the Everything But Arms (EBA) program. This threatens the garment industry, which employs 750,000 people and is Cambodia’s biggest exporter. The EU stance makes the false bargain proposed by Hun Sen of economic stability in return for the surrender of political freedom impossible to sustain. It was always a false bargain: history teaches us that democratic freedom and strong institutions are strongly associated with economic growth.

Rather than use the EU move as the trigger for democratic reform, Hun Sen has publicly said that he would “kill” the CNRP – which scored close to half of the popular vote in the previous national poll of 2013 in spite of many election irregularities – if the EU presses ahead. This is the reaction of a brutal dictator.

The prime minister is prepared to hold the Cambodian people hostage in an attempt to blackmail the international community into tolerating the corruption and human rights violations of his regime. He knows that it is his government which is the target of EU sanctions, but does not hesitate to make the Cambodian people suffer in his place. This is the stance of a coward.

Hun Sen wants to cling to power at any cost. He makes no secret of his plan to found a political dynasty with his children already controlling Cambodia’s armed forces and economy. For Hun Sen, power is associated with impunity, which is vital because he cannot afford to face an independent judiciary given all the crimes he has committed over his 34-year absolute reign. This is the stance of a criminal who seeks impunity.

Cambodia is, according to Transparency International, one of the most corrupt countries in the world. The 2018 ranking from Transparency places Cambodia at 161 out of 180 in terms of corruption perceptions. That puts our country, which in the 1960s achieved some of the fastest economic growth rates in Asia, now behind Zimbabwe, and level with the Democratic Republic of the Congo. It is truly a shameful record. Cambodia has slowly turned into one of the world’s long-term governance disasters.

We will tolerate it no longer. Exiled CNRP leaders including myself have announced that we will return to Cambodia in 2019. This return, which could happen at any moment, will increase, rather than reduce, the onus on the international community to stand firm in its treatment of Hun Sen.

Our return is at considerable personal risk to each one of us. Our demands are simple, realistic, achievable and no less than the Cambodian people deserves. The CNRP must be reinstated and Kem Sokha must be released from house arrest. The fabricated charge of treason against him must be dropped. The ban on political activities by 118 leading CNRP members must also be ended. A timetable for prompt, genuine national elections must be published. In those elections, the CNRP must be free to select whoever it wishes as candidates, myself and Kem Sokha included.

The return to dictatorship under Hun Sen violates both Cambodia’s own constitution and an international treaty, the Paris Peace Agreements of 1991. The credibility of each country that signed that treaty, which prescribes a democratic system based on governance, is at stake, as is the credibility of the international treaty system. If a treaty signed by each of the permanent members of the UN Security Council can be openly disregarded, then, wherever you live, Cambodia’s experience under Hun Sen has made the world a much more dangerous place.

The international community must stand firm in applying trade and personal sanctions on the regime, and do everything in its power to protect the CNRP opposition leaders when they return to the country. The long-suffering people of Cambodia deserve no less.