In the shadows of the COVID-19 pandemic and with the world’s attention focused on the virus, the Islamic State of Iraq and Syria (IS)  has accelerated its resurgence. The coronavirus is exacerbating the regional instability that emerged from Syria’s decade-long civil war and American troops withdrawals, fostering an unstable environment ideal for IS to regroup. In order to thwart this resurgence, the Biden administration will have to carefully balance its foreign policy response between overt interventionism or passive isolationism.

This balancing act could prove difficult given the complexity of the situation. The conflict is in gridlock as its 10-year anniversary passes, with various international powers competing for regional influence. Russia and Iran support the authoritarian regime of Bashar al Assad in Damascus, while the U.S. and Turkey assist opposition groups in the northeast and northwest, respectively. Moreover, multiple armed groups, including Iranian-backed Hezbollah and ex-Al Qaeda affiliate Tahrir al-Sham (HTS), also contribute to the ongoing conflict.

Among this instability, the Islamic State had established its so-called caliphate, controlling approximately 41,000 square miles and 8 million people across Iraq and Syria at its peak in 2015. Since then, the group has lost its territory and its leader, Abu Bakr al-Baghdadi, following a U.S.-led multilateral counterterrorism campaign and the organization’s supposed defeat in March 2019.

However, neither the fall of the caliphate nor the death of its leader erased the deeply rooted ideological and sociopolitical components that made the Islamic State a global threat. Recent reports indicate that roughly 15,000 IS fighters remain in Syria and Iraq, supporting recent increases in operational capabilities that highlight the organization’s resiliency.

In August of 2019, the Pentagon issued a report recognizing this resurgence and attributing it to the “reduction of U.S. forces” and decreasing support for local allies. Later that year, President Trump withdrew a thousand troops from Syria, which strained SDF personnel guarding prisons and led to over 800 IS members escaping.

Subsequently, a dramatic surge of IS attacks occurred in 2020, including a December assault on Syria’s Homs-Deir Ezzor road that killed 40 regime fighters – the largest attack since the caliphate’s collapse. This uptick continued into 2021, as new IS attacks emerged almost every day, killing approximately 400 regime soldiers, coalition members, and civilians through surprise assaults, IED explosions, and assassinations.

In response, Russian jets have conducted almost daily bombardment campaigns against IS positions, with over 5500 airstrikes since 2021. Despite this, the Islamic State has increased the frequency and sophistication of its attacks by incorporating guerilla warfare tactics to reestablish its foothold in the porous areas of Syria’s eastern desert.

Although these recent events reflect a dramatic escalation in IS’s confidence and capabilities, due in part to the lack of an adequate armed opposition, they also highlight the recent destabilizing nature of the coronavirus pandemic. Since early 2020, the international community has focused on curbing the spread of the virus, but as nations prioritized their domestic battles with COVID-19 they shifted resources away from foreign policy issues.

For example, France’s President Macron redeployed 200 troops fighting IS in Iraq back to France to assist with public services; the United Kingdom slashed funding to Syria by almost 50 percent; and the Trump administration withdrew more troops from Iraq and Afghanistan in 2020. These decisions helped create security gaps, which the Islamic State is exploiting today to rebuild its organization in the shadows.

Furthermore, the pandemic worsened Syria’s economy and exacerbated its refugee problem – both of which were already undermined by the ongoing civil war. Recent extreme increases in poverty, unemployment, and inflation could promote a ‘coronavirus-driven surge of extremism in the near future.’ Overcrowded refugee camps like Al-Hol offer an ideal breeding ground for terrorist radicalization and violence. The Al-Hol camp, which houses 62,000 people, including thousands of women and children with familial ties to IS members, has seen a recent increase in violence with 33 murders since early January 2021, eclipsing the 2020 total.

The destabilizing effects of COVID-19 are evident around the world, but when coupled with Syria’s previous instability they created the ideal environment for the Islamic State to regroup. In order to address this, the United States will have to walk a delicate line between an overly interventionist or a passively isolationist approach to avoid deteriorating the situation.

On the one hand, the repercussions of an American intervention in Syria could be globally catastrophic, especially if the United States fails to recognize its previous mistakes in the region. A heavily interventionist policy might cripple IS in the short-term but has the potential for devastating long-term consequences. The Islamic State emerged after the U.S. invasion of Iraq in 2003, as the foreign troop presence fostered the ideal anti-American sentiments for radicalization. Repeating this could drive tens of thousands of people to join IS, in turn expanding the organization’s base, fueling its cause, and further destabilizing the region.

On the other hand, the United States should not proceed with a completely isolationist approach either. Restraining diplomatic and military interactions and leaving the fight against the Islamic State up to Russia could also prove detrimental in the long-term. If IS is not met with a proportional counterterrorism strategy, the group will keep growing, carrying out attacks, and might attempt to reconstitute its caliphate. The 2019 Pentagon report outlined a high possibility of IS regaining territory in the near future, which would pose intense global ramifications, threatening local security, regional stability, and international peace.

Ultimately, it is imperative that the Biden administration finds a middle path to avoid the consequences of both overt intervention and passive isolation. This could include pushing for increased international cooperation and the revival of the Global Coalition Against Daesh to coordinate a multilateral counterterrorism strategy between its member states. Troops on the ground, American or otherwise, might help temporarily close the security gaps and counter the resurgence in the short-term, but it will take unprecedented global cooperation to successfully dismantle the Islamic State once and for all. 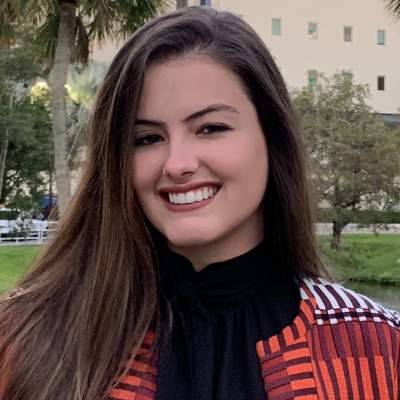 The author has graduated from Florida International University with a Bachelor’s in International Relations and Political Science, as well as a certificate in Middle Eastern Studies. She is currently a Middle East Counterterrorism Fellow with Al Fusaic.