The April 25, 2019, trilateral meeting between the Great Powers, namely, the US, Russia and China underscored an important understanding about the present status of peace talks with the Taliban. The US Department of State in a joint statement communique expressed support for the second Round of Doha talks and emphatically avowed for “an orderly and responsible withdrawal of foreign troops from Afghanistan” for a successful peace process. They also decided to hold the next round of talks between representatives in Beijing. It signifies the natural course of development of understanding among Great Powers, who have played the Afghan territory and the Afghans by the middle during the Cold War period. Taliban never aimed to be a part of Cold War geopolitics, but soon found itself in the centre of the arena witnessing the Great Powers’ buzkashi. The Taliban announced spring offensive in April 2019, which was condemned by the UN Security Council in April 16, 2019 communique. The Peace talks have become moving weight in search of a right balance with the Taliban. The problem remains to locate that right point at which the Taliban can be assuaged without losing much tilt from the Afghan state. If the present government is sacrificed, then it would mean entire two decades of work rendered meaningless as Taliban does not have the required ability and the will to transform itself into a movement representative of modern Afghan society of the post-9/11 period. Taliban sustains itself on the very backwardness of the Afghans who can be beguiled either to be a suicide bomber or an IED planter.

The Taliban have refused to engage with the Afghan government on the pretext of latter being not a legitimate representative of Afghans but a sponsored one by the US and allies. There is an unfortunate corroboration from the fact that the 2014 Presidential and the 2018 Parliamentary elections have been fraught with corruption and factional loyalties affecting the credibility of the state institutions. The disaffection of many political parties and leaders with the election results has produced strange convergence of the opponents of President Ghani’s government with the Taliban. The Taliban not only have challenged the Afghan state but also its very foundations, the Afghan Constitution. They reject the present constitutional authority terming it as an imposed document and less representative of the Afghan peoples and societies living in the country. The constitutional democracy has been the child of international actors who took up the task of rebuilding Afghanistan in the aftermath of 9/11. The Taliban have raised regional alternative administrative apparatus in the provinces where they implement their own interpretation of Sharia and also try to dispense justice in disputes of property and family matters. They have also been collecting taxes from the minorities and other social groups. Taliban have been targeting the armed forces of Afghanistan and its peoples alike. The security challenge emanates from the elusive frontline of war between the government forces and the Taliban. The use of suicide bombers and IEDs together with sporadic armed assaults creates temporary setback for the government lasting a week or more. This situation is later reversed because of the inability of the Taliban to become a visible authority and sustain their challenge to the state.

The macro-level geopolitical visualisation of Afghan conflict point the need to block the access of resources to the Taliban movement. They are the recipient of huge amounts of explosives, ammunition and financial resources both in Afghanistan and Pakistan. This needs a cooperative strategy among the Great Powers to arrive at a common understanding of the Taliban. This would open the possibilities of discussion with Pakistan and Iran to curtail Taliban’s ability to perpetrate violence. The Great Powers have a very divergent view on these two countries. Russia and the US are quite apart on the nuclear deal with Iran. Similarly, China and Pakistan claim to have an iron-friendship that is quite distant from the US perception of Pakistan largely driven by its strategic partnership with India. Thus, the macro-level solution derives from the Middle East and South Asian geopolitics where the US itself is at a varying degree of contest with Russia and China. And, added to it is the East Asian geopolitical theatre that is often leveraged by Russia and China to balance the US actions in the other two mentioned geopolitical theatres. Afghanistan by that token of geopolitical imagination is truly a Heart of Asia and indeed in dire need of a bypass surgery.

One can also take into account the micro-level geopolitics of the conflict by directly addressing the case of Afghan society. The Afghans are a thorough Muslim society and the people are not opposed to Sharia at least in the countryside, if it means as a harbinger to peace and security. One can look into the possible situation where the provincial laws are in accordance with Sharia and Taliban are allowed to take control of affairs. This would mean the de facto ethnic fragmentation of the country. The Taliban are majority of Pashtuns and the local self-governance is highly territorialised matter which depends on tribal loyalties and warlords commanding resources in villages. The Hazaras, Tajiks and the other areas of northern Afghanistan would never accept the influence of the Taliban, even for that matter many Pashtun majority provinces of southern Afghanistan would also resist the Taliban’s presence. This would mean that conflict transformation would eventually happen but peace would still be elusive in Afghanistan as ethnic rivalries would increase. This would also mean the liquidation of the Afghan constitution to a substantial degree as the law would be in the hands of clerics and a near invisible institutional judiciary. It also would invite a contest from several other groups one such as the Islamic State of Khorasan that rivals the Taliban’s brand of theocracy. The present situation in Afghanistan is largely conspicuous of this scenario as the Taliban have been successful in micro-level geopolitics without losing much in terms of material support.

The macro-picture is too circumspect due to the geopolitical uncertainties among the Great Powers themselves. Any remote act in any part of the world such as, Venezuela, Syria or North Korea can destabilise their tango. The micro-level picture is a bitter pill for the US that would find it hard to abandon its cherished values of democracy, rule of law and rights of women and minorities. There is a possible mid-tier approach that can provide a much better understanding of the Afghan conflict and its possible choices to the solution. There have been talks in Doha, Moscow and Beijing. Taliban has attended these either at once or many. Taliban has been implored to engage with the Afghan government which is perhaps the best way of getting the micro and the macro of all geopolitical scales. The two factions can discuss the smaller and the broader issues of conflict mitigation. Any hypothetical agreement between the two would affect the Taliban’s relations with Pakistan. The triad of the Afghan government, and Taliban and Pakistan has failed to emerge as a workable proposition for peace talks. Pakistan has found it difficult to manage the idea of Greater Pashtoonistan splaying across Afghanistan and Pakistan, which would be the putative outcome of any peaceful agreement from this triad. Peace is trans-territorial in the question of talks with the Taliban. It does not create mistrust in itself but the larger South Asian geopolitics affects Pakistan’s relations with India preventing the former from acting in a bold manner. The Afghans as a society have a great covetous relationship with next-door neighbour, India. There is a need to understand the fact that a meso-level geopolitical constructivism lies wherein one can underscore the fact that Taliban have a high regard towards Deobandi Islam, a school of thought ensconced in the Hindi heartland of India in a village of Deoband nearly 70 kilometres northeast of New Delhi. Great Powers need to take this into account that Taliban would be forced to reconcile its identity with the true nature of the South Asian brand of Islam which is quite different from the Wahhabi or Salafist understanding of Islam prevalent in the Middle East.

There is a need to have a dialogue in India, where the Taliban would find its correction of approach and it will also pave for a geo-cultural supra-structural understanding among the South Asian states. This is taking the shot at both the levels in one go. India is the geocultural product of the history and peoples of South Asia. Its state role can be recast in that light with the help of Great Powers coming to a common understanding. The geopolitics has its own semiotics of sacrosanct locations. It would be not off the mark, if Ajmer becomes the city of initiation of such dialogue with the Taliban. The city has a Sufi shrine of Khwaja Moinuddin Chisti, a highly revered seer all across South Asia, who migrated from the town of Chist of northern Afghanistan in the 10th century. The understanding between India and Pakistan predates any such possible move, therefore, one can now fairly see a point in securing a right geopolitical balance between India and Pakistan that would be a key to secure a stable and peaceful Afghanistan. The previous solutions were partisan and quite accordingly failed as they were symbolic victories. A true moment of peace would be possible only when all power positions are balanced according to their geopolitical scales and the Great Powers can only see this as an opportunity to test their status in the coming era of global systems where multi-modal geopolitics would demand more and more such announcements of cooperation and understanding. 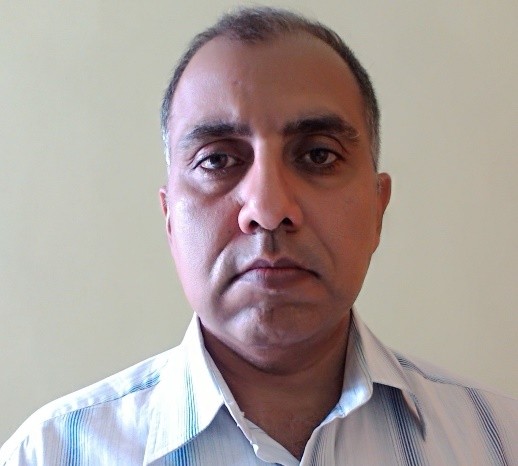