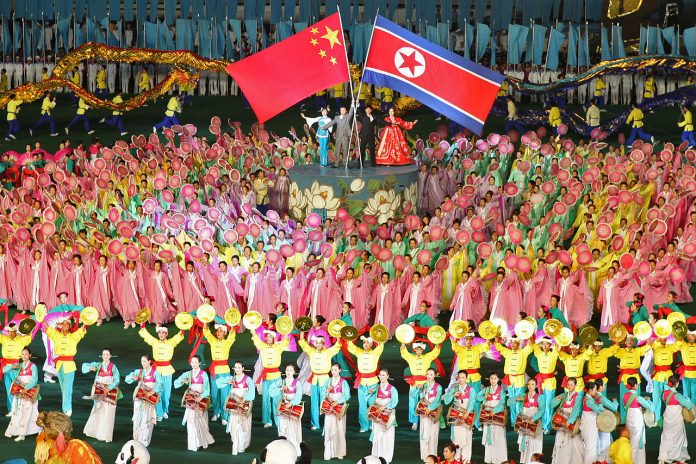 Since the Korean War in 1950, China has been a key partner of North Korea in the East Asian region when other dominant powers, including Japan and South Korea, have all tended to be military allies of the United States. Yet, their relationship has been one that uses others for their own ends. From China’s perspective, it aims to maintain stability for Kim’s regime in order to avoid a refugee influx across a closely connected border. In addition, the close alliance also serves the purpose of distracting and leveraging the US strategy in Asia. As such, China has been the largest trading partner and the main source of food and energy of North Korea and the bilateral trade volume increased tenfold between 2000 and 2015. It also defended North Korea in front of the international world in multiple conditions. In return, North Korea remains committed to China in its overall diplomatic relations.

The relationship between China and North Korea has become more unpredictable with the election of President Donald Trump. Famous for his admiration towards strong dictators such as Putin, Trump has expressed strong intentions to repair the relationship with North Korea during his presidential campaign. He eventually shocked the world by having the first bilateral summit with Kim Jong-un in June 2018. The meeting was hosted in Singapore and at the end consisted of signing a page of loose declarations with initiatives such as building a peaceful regime in the Korean Peninsula and DPRK committing to denuclearization. However, things did not go as planned after the summit. The summit followed by months of verbal taunts between the two leaders. A fresh round of US-led sanctions against North Korea was also initiated as satellite images revealed that Kim showed no signs of any denuclearization but instead sought to expand its capabilities. Fortunately, the situation ameliorated as President Trump received a “very warm letter” from Kim. According to the White House Press Secretary Sarah Sanders, a second meeting between the leaders is already in the pipeline.

Yet, it is unreasonable to expect concrete results from another summit, let alone the possibility of full denuclearization. There are a few reasons. First, the reason for Kim, a totalitarian leader that runs a wrecked state with a poor economy, to possess a disproportionally large bargaining power in the international stage is the nuclear weapon (a very thorough interpretation of realism indeed). By inducing fear in its neighboring countries, mainly China and South Korea, he obtained economic resources to sustain his realm and a welcoming gesture from Moon Jae-in, the president of South Korea. Nuclear capability is also the reason why the US has not invaded North Korea militarily as it did on Afghanistan and Iraq.

Therefore, it is safe to claim that the possession of the nuclear weapon secures Kim from both a military and economic perspective. Second, given the unpredictable actions from Trump, Moon Jae-in is taking up a larger responsibility in securing peace for the Korean Peninsula. During the third summit which was held in September, Moon aimed to achieve peace and economic integration in the Peninsula and worked towards seeking a middle ground between complete denuclearization and security assurances demanded by the US and Kim respectively. With the two Koreas first in-person liaison office recently opening in September, the possibility of Kim opting for Moon’s alliance is much greater than succumbing to full denuclearization as requested by the US. Third, with the upcoming domestic re-election opportunity in 2020, the pressure of President Trump to secure a satisfactory trade deal that benefits the US rural regions with China is imminent. Furthermore, China is likely to use North Korea as a bargaining chip during the negotiation. Together with the optimistic cooperation within the Korea Peninsula, the US is likely to accept the inevitability that complete denuclearization is impossible.

Looking into the future, China and North Korea are likely to maintain a close partnership, aiming to minimize the influence of the US allies in the wider Asian region. It is also in China’s interest that North Korea remains the toughest problem to be resolved by the US so that less attention can be devoted to China. One example is that the US ceased the joint military exercise in the Korean Peninsula in a bid to please Kim, which is perceived by China as a credible national threat.

The advantage that China possesses over the US in allying with Kim is the similarity in political ideology. Kim eventually must side with one of the superpowers. As most autocratic leaders are fearful of the infiltration of democratic ideas, choosing the US, which has a track record of supporting insurgents in developing countries, is a highly implausible option for Kim. In short, the relationship between China and North Korea is likely to remain strong in the coming future.

Dr. James F. Downes (Twitter @JamesFDownes) is a Lecturer in Comparative Politics and Head of Admissions & Public Relations at the Department of Government and Public Administration at The Chinese University of Hong Kong. He is also a Senior Fellow at the Centre for Analysis of the Radical Right and an Associate Research Fellow at the Centre for Research & Social Progress.

Ronald Leung is a Masters student in Global Studies at The Chinese University of Hong Kong.