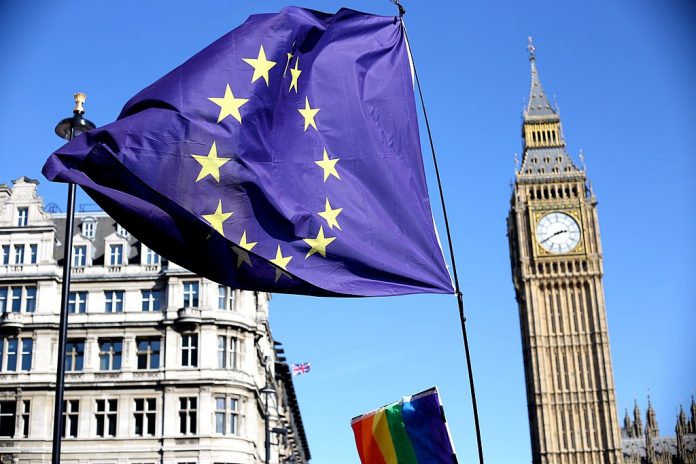 After another dramatic week in British politics, there is still no clear Brexit outcome. With only 29 days left until the UK leaves the EU, it is worth surveying where we are and where we might be on the 29th of March.

Wednesday was another big day in Parliament with several monumental votes leaving everyone as confused as ever. The Cooper Amendment passed, with a majority of 482, formalizing Theresa May’s promise to hold a vote on extending Article 50 if her deal fails to pass and delaying the possibility of a no deal Brexit for now. This heads off a large rebellion from the moderate wing of the Tories and may have helped soften the position of the hard Brexit faction who now see that May has been pushed close to her limits. Yesterday, Jacob Rees-Moggappeared to back down on his contention that he would only support a deal that wholesale removes the backstop. However, this comes at the high price of losing her leverage over the opposition parties and the EU. May’s best chance of getting her deal through was by threatening the Labour party and the EU with a disastrous no deal scenario, or by holding the prospect of a second referendum over the pro-Brexit Tories. By removing the cliff edge for now she has freed up these groups to oppose her deal, guaranteeing its failure.

The Labour amendment to hold a vote on their own preferred deal, Corbyn’s five demands, was never likely to pass. However, its failure confirms that the government is not yet prepared to move towards a customs union and soft Brexit position. If they do move towards this they will be careful to portray it as a decision they have taken, rather than one they were forced into by their political opponents.

Although May’s capitulation to the Cooper amendment removes the cliff edge, Parliament also narrowly rejected by 36 votes an SNP-Plaid Cymru motion to formally and permanently take no deal off the table. This means that no deal could still happen after a hypothetical extension, although the broad parliamentary opposition to no deal makes this unlikely. Keeping no deal as a formal option makes sense for May, as it keeps the hard Brexiteers onside for now. Furthermore, it is her only leverage over the other parties in Parliament and over Brussels. However, knocking down a deal supported by the opposition and spearheaded by the nationalist parties could come back to bite the British government in the event of no deal, as it only strengthens the image of Westminster as a distinct and patrician instrument of English political will in hock to the extremists in the DUP and Conservative party. With the enduring threat of another push for Scottish independence, such dismissiveness can only help the nationalist cause.

In the most bizarre events of the day, the Alberto Costa amendment, which guarantees the rights of EU citizens even in the event of no deal, passed easily with support from across the House. However, this was after a morning of chaos in which the Home Secretary announced the government’s support for the amendment, apparently unaware that the Prime Minister had ruled it out earlier. The MP behind the bill then had to resign from his position in the government due to his support for it, despite a letter which now confirms the government’s new support. The fact that such a mess erupted over a universally popular amendment indicates the continuing dysfunction at the heart of the British government.

The groundwork for Wednesday’s flurry of amendments has come from the splits within both the Labour and Conservative parties. Moderate MPs from both parties seceded to form a new Independent Group. While such splits are not unprecedented in British politics, the joining together of Labour and Tory MPs is a new development. The main commonality between these politicians is their anti-Brexit stance, although the Labour MPs also cited various problems with the Labour leadership and with anti-Semitism in the party. This grouping does not change the parliamentary arithmetic over Brexit, as they would all have voted against it from within their respective parties anyway. But what it does show is the fundamental shift that has opened up in British politics, with the issue of Brexit bringing together longtime political adversaries and potentially remaking the party system.

Initial polling shows support for this group between 8 and 14 percent, if they formed a political party and stood in a general election. This would allow them to eclipse the Liberal Democrats, whose damaged brand means they have been unable to claim the anti-Brexit center ground for themselves. This mainly involves taking votes from Labour, which would likely deliver an election victory to the Tories. However, at this stage, the group of MPs are yet to form a party and operate as a private company. They will also likely struggle to articulate a policy platform beyond their shared opposition to Brexit and vague notions of centrist compromise.

The most immediate effect of the emergence of the Independent Group is that it has pushed Corbyn’s Labour leadership to embrace the idea of a second referendum. With defeat for May’s deal likely and all alternatives quickly being eliminated, this could be a key moment in the push to stop Brexit. However, given the small but not insignificant number of Labour MPs who support Brexit, this will require a good number of Tory MPs to swing behind the idea. In some ways having their hated opposition leader spearheading the effort may make such defection less likely. Nevertheless, having a major party actually support a second referendum makes such an outcome much more probable.

So, with one month to go until Brexit we are still in a similar position as before. There is no clear vision of what Brexit will look like and, for the first time, it is conceivable it might not even happen at all.

Daniel Odin Shaw is a Ph.D. candidate at the University of Glasgow, focusing primarily on non-state actors and conflict resolution as well as extremist political movements. He has been published in Ms. Magazine Online, The Monthly Review and Global Politics.co.uk. He tweets at @DanielOdinShaw.

Claire Elliott is an economic policy researcher working in a Glasgow, Scotland based think-tank. She holds a Masters in Political Science from the Central European University and has previously written for Global Politics.co.uk. She tweets at @claireell.

Digital Connectivity Between India and the European Union: The Way Ahead