The last presidential elections held on June18, 2021 resulted in the victory of the hardliner Ebrahim Raisi, who will be Iran’s president for the next four years. In view of the advanced age of Ali Khamenei, succession to the Supreme Leader is likely to be addressed soon.

In more than forty years of the Islamic Republic of Iran’s existence, the media coverage of relevant Iranian figures such as Mahmoud Ahmadinejad or Hassan Rouhani has helped to keep the rest of the complex political structure largely unknown. This structure, which was established after the Islamic Revolution of February 1979 and has remained almost unchanged to the present day, is far from being a monolithic regime without internal frictions, contrary to what is often assumed in the West.

Disputes between the different tendencies of the system have occurred throughout the last decades, yet both the republican institutions and the main internal and external political lines have been maintained along the lines established by the founder of the Islamich Republic, Ayatollah Ruhollah Khomeini. Despite this, there have at times been notable changes in internal political orientation and external diplomatic styles, as a product of the shifting correlation of forces within the system.

Unlike other countries in the region, Iran is not a state ruled by a single party, the military or a royal dynasty, but is controlled by a politico-clerical elite with various groups vying for political control and whose internal alliances are flexible according to the interests of each group. The political game is very intense, although the rules established by the elite are very restrictive for those groups peripheral to it, who are allowed or sidelined to participate in the political game depending on the context. Furthermore, the electoral results, although often dubious or predictable, have surprised locals and outsiders alike, proving that there are internal mechanisms for elite rearrangement despite the limited possibility of punishment by the citizens.

The internal politics have been mainly characterised by tension between the President, who heads the government, and the Supreme Leader, who heads a set of parallel institutions aimed at ensuring respect for the revolutionary ideals. The Supreme Leader therefore runs a veritable parallel state, consisting of the Guardian Council, which has veto power over the legislature and electoral nominations, and the Islamic Revolutionary Guard (IRGC), a truly parallel Armed Forces that answer directly to the Supreme Leader. Tensions between the two spheres have been constant since 1979 and have effectively put a brake on any attempt at reform.

The latest presidential elections in June 2021 represented another chapter in the factional dispute within the Iranian elite. The appointment of the new president, the hardliner Ebrahim Raisi, may bring about a radical change in relations between the parallel state and the state administration.

Almost 600 candidates ran to succeed Hassan Rohani, who was renewed as president in 2017, competing precisely against Ebrahim Raisi. Rohani, who is part of the reformist wing, was first elected in 2013, coming to power with a promise to engage with Washington and other Western powers. Two years later the Nuclear Deal was signed and Iran hoped that economic openness would lead to longed-for progress. Nevertheless, the process was slow and fell apart with the Trump administration, an ally of Israel and a staunch enemy of the ayatollahs’ regime.

The regime’s calls to allow reformists to run the country have now come to an end and the Guardian Council has done everything possible to guarantee Raisi’s clear victory. In this matter, they approved only seven candidates, yet Abdolnasser Hemmati, who was in charge of the Central Bank, was the only moderate left. Among those rejected were Ali Larijani, former speaker of parliament, as well as Mostafa Tajzadeh, a former deputy interior minister who spent six years in jail for supporting anti-regime protests, and Mahmoud Ahmadinejad, a former president.

One of the main reasons why the list of presidential candidates has been so closely scrutinized during the last elections is the question of the Supreme Leader’s succession. Raisi is one of the main aspirants to succeed Khamenei, who is in his eighties and in fragile health, and his presidency might strengthen his chances of becoming Supreme Leader. Raisi, sanctioned for alleged human rights abuses by the US government, was in charge of the purge of opponents after the triumph of the Islamic Revolution and was the head of the judiciary that helped carry out the mass execution of political prisoners in the 1980s after the Iran-Iraq war.

Raisi’s succession is not assured, yet he may have an advantage over other candidates such as Sadegh Larijani, the former Chief Justice and Shahroudi’s successor as the Expediency Discernment Council chairman. Ayatollah Shahroudi was largely considered the main candidate to succeed Khamenei until his death in 2018. Referring to Sadegh Larijani’s candidacy, his family’s political background, with a strong political presence in the country, and his involvement in some land grabbing corruption cases could go against his candidacy.

Raisi enjoys relative popularity so far and he has also tried to be seen as a youth-friendly regime official, being active on social media and meeting with popular Iranian celebrities in order to make him more appealing to the youth. In any case, Raisi’s path to become the third Supreme Leader is by no means guaranteed, which will depend very much on his track record as president. 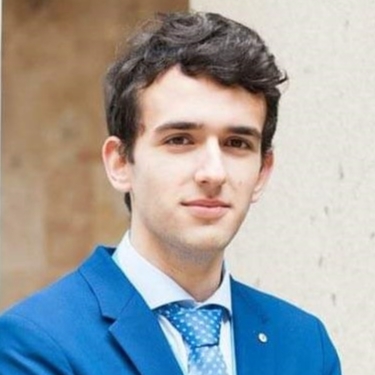