As a Presidential candidate, Trump ran against the liberal international order, which was established by the U.S. with much effort after the end of the Second World War. After assuming the presidency, Trump began to upend the traditional stance of Washington’s foreign policy establishment. He completely reversed the multilateralism of his predecessor and began to engage with countries at bilateral level. For instance, immediately after entering office, President Trump pulled the U.S. out of the Trans-Pacific Partnership and instead began to negotiate bilateral trade deals with the countries in the Asia-Pacific region. Eventually, he also withdrew the U.S. from the Paris climate accord and Iran nuclear deal by arguing that the agreements are not in the U.S. interests.

In the same token, President Trump showed scant regard for multilateralism by skipping summit meetings of regional forums like Association of Southeast Asian Nations, Asia-Pacific Economic Cooperation, and Organization of American States. Moreover, by cutting the U.S. funding to UN agencies, pulling the U.S. out of World Health Organization, and by stymieing the working of World Trade Organization, the Trump administration has apparently undermined the very institutions that underpin the U.S.-led international order.

The Trump administration’s disavowal of the U.S. leadership in international affairs is a dramatic break from the past. Even President Obama tried to achieve the same to a limited extent during his time at the White House. As Randall Schweller argued in Foreign Affairs, the decision to forego international leadership and focus on national interests is because of structural reasons. It is demanded by the shift from the unipolar world in the decade following the end of Cold War to a multipolar world today, in which the primacy of the U.S. is challenged by rising powers like China and Russia. The focus on national interests is also necessitated by the relative decline of the U.S. economy vis-a-vis its challengers. Therefore, any objective assessment made on the U.S. foreign policy under the Trump administration has to take the structural factors into account.

Strategists, who understood the structural changes, have called on the U.S. to retrench for some time now. They argued that only through a retrenchment policy that the U.S. could prolong its primacy for decades to come. President Trump’s ‘America First’ policy is observed to have done exactly the same by shifting the focus towards the core interests of the U.S.

President Trump’s foreign policy was totally detached from values like democracy and human rights, which was held dear by his predecessors. He entertained close relationships with authoritarian rulers if it served the U.S. interests. Acknowledging the limits of the U.S. power, the Trump administration stayed out of ongoing conflicts in Syria and Libya. To fill the void left behind by the U.S. withdrawal, regional powers were encouraged to shoulder the burden to maintain stability in the Middle East. In this respect, by facilitating secret talks, the Trump administration has brought Israel and Arab countries together to keep Iran and its proxies under check.

In the transatlantic relations, North Atlantic Treaty Organization (NATO) burden-sharing has been a contentious issue for a very long time. Towards the end of his presidency, even President Obama criticized NATO allies for free-riding on the U.S. This being the case, President Trump’s tough stance against the NATO allies should not have drawn spontaneous criticism. Looking at the outcome, Trump’s tough approach began to reverse the trend in declining defense spending among the NATO allies.

At the outset, many commentators have branded Trump’s ‘America First’ approach as zero-sum and isolationist. However, a careful study of events over the last four years has brought out a different picture. It becomes clear that despite President Trump’s tough rhetoric and brazen attitude, his administration had been pragmatic in steering the U.S. foreign policy. Putting the U.S. national interests above everything else, the Trump administration had charted out a clear strategy of limited retrenchments, and burden-shifting on key regional allies. Such a strategy is much-needed in a period of relative decline in the U.S. economic position with its concomitant effect on the size of its defense budget. It is important that president-elect Joe Biden pays heed to the diverse foreign policy opinions within the liberal camp and does not squander the advantages created by his predecessor’s hard-line approach. 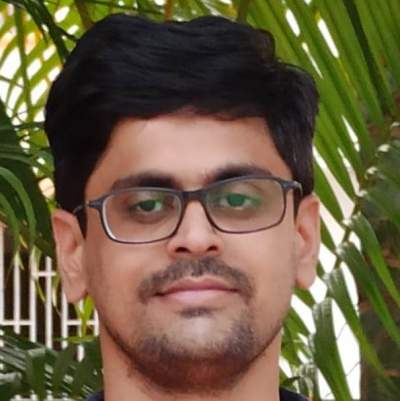