Israel’s recent bombardment of the Gaza Strip has killed a huge number of Palestinians, including children, with several residential apartment buildings, schools, hospitals, refugee camps and the offices of international media organizations completely destroyed. Tensions escalated earlier this month after the Israeli security forces ordered evictions of a number of Palestinian families from their homes in the Sheikh Jarrah neighbourhood in East Jerusalem, which has been illegally occupied by Israel since 1967. This triggered protests by the Palestinians after which Israeli forces raided the Al-Aqsa Mosque compound, Islam’s third holiest site, on the 27th of Ramazan, firing stun grenades and rubber bullets at the Muslim worshippers. In response, Hamas fired rockets into Israel, following which Israel unleashed a series of air strikes on Gaza, which have intensified since then.

More than a week into what is seen as Israel’s disproportionate response, the US has blocked several efforts at the United Nations Security Council to issue a joint statement calling for an immediate ceasefire. Instead, US President Joe Biden has insisted that he has seen no “overreaction” in Israel’s action and that he backs Israel’s “right to self-defence.” However, many are critical of Biden’s vocal support for Israel. There is also growing criticism on the US for selling lethal weapons to Israel given its recent attacks on Gaza.

Israel occupied Palestinian territories, including the Gaza, the West Bank along with East Jerusalem and the Al Aqsa Mosque compound (also called al-Ḥaram al-Qudsi al-Sarif) following the 1967 Six-Day Arab-Israeli War. Over the period of five decades, Israel has built dozens of fortified settlements in the occupied Palestinian territories that are now home to nearly 600,000 to 750, 000 Israeli settlers. All settlements are considered illegal under international law. The international community views the entire West Bank and the Eastern part of the Occupied Jerusalem as home to an independent Palestinian state in the future. However, Israelis want a unified Jerusalem to be their capital as they regard it “the biblical land of Israel.” Although Israel withdrew settlers and Army from Gaza in 2005, it still exercises direct control over its borders, airspace and sea shore while regulating human and trade movement.

Muslims exercise religious control over the compound through a Jordanian-appointed body known as Islamic Waqf Council. Israel administers access to the Mosque, sometimes making it difficult for Palestinians to enter the compound by blocking the entrance or restricting worshippers especially those under the age of 50. Jews have the right to visit the compound, but they cannot pray there. Instead, they use the Western Wall also known as the Wailing Wall (Al Buraq), believed to be the last remnant of the Second Temple, for prayers.

The Palestine-Israel conflict became complicated in May 2018, after former US President Donald Trump moved the US Embassy from Tel Aviv to Jerusalem, defying international consensus as well as undermining hopes of a two-state solution. Rejecting the US decision, Palestinians declared that Washington is “no longer qualified to sponsor the peace process.”

Today, many believe that America’s role as a global leader is rapidly declining. The US-led Western international order is under unprecedented strain. It seems that might makes right days are back again. The US, which frequently voices strong commitment to human rights and rules-based international order, has done little to hold its allies accountable for violating the same rules. Although, during the past decades, the US and its Western allies have imposed strict sanctions against several countries including China, Russia, North Korea, Iraq and Iran for their alleged violation of international law, however, in most of these cases, these sanctions were used as a political tool against those perceived as a challenge to the West.

One of the core principles of the existing world order prohibits all states from taking any action that violates the right to self-determination of people. The violation of this cardinal principle, particularly through the use of force, constitutes a serious threat to international stability. However, Israel has colonized a Muslim territory and in rhetoric, it continues to frame the self-determination struggles as terrorism. Another example is of India which — despite several binding United Nations Security Council resolutions terming “plebiscite” as the only way forward to decide the final status of Jammu and Kashmir — unilaterally annexed the disputed territory in August, 2019. It also begun Israeli settler-style demographic changes in an effort to change the Muslim majority Kashmir into a Hindu majority area. (Under international law, the occupying power cannot transfer its own civilian population into the territory it occupies).

In the past three decades, tens of thousands of Kashmiris have been killed and hundreds of women raped by the Indian Army. Similarly, in Palestine, scores of civilians have been killed or driven out of their land and their homes destroyed or bombed by the Israeli Army without facing any international action. While all this is taking place, the Western governments continue to cherish these states for sharing common values of freedom, democracy, tolerance and rule of law. If nothing else, the Western government’s explicit support for the apartheid states have exposed the self-declared defenders of human rights. How can the Western governments even claim to stand for universal human rights?

Meanwhile, the Muslim world’s biggest dilemma is of disunity. The competition for influence between Saudi Arabia and Iran has for decades affected the prospects of a powerful and unified Muslim bloc. The Saudi-Iran rivalry dates back to 1979, when Iranian revolution brought Ayatollah Ruhollah Khomeini to power. Soon afterwards, Iran began to export its ideology and started investing in Shia religious communities in the pursuit of influence. This provoked deep insecurities within Saudi Arabia and in the Sunni Arab world. In December 2015, Saudi Arabia formed an alliance of 41 Muslim countries called the Islamic Military Counterterrorism Coalition. However, many saw this alliance as being Riyadh’s tool to counter Iran in the region and not to serve collective interests of the Muslim world.

The most recent setback to unity of the Muslim world came after Israel’s normalization of bilateral relations with the UAE, Bahrain, Morocco and Sudan. Palestinians termed it a “betrayal.” Today, many leaders of the Arab states including, Saudi Crown Prince Mohammed bin Salman does not want any disapproval from the West, especially in Washington. The Saudi based Organisation of Islamic Cooperation (OIC) that claims to be “the collective voice for the Muslim world” only pays lip service to the challenges faced by the Muslim countries. This has prompted growing discussions about an alternative Muslim bloc that could possibly involve Turkey, Qatar, Malaysia and to some degree Pakistan. However, it won’t be an easy task for Pakistan to alienate Saudis given its economic dependence on Riyadh.

In 1973, during the Arab-Israeli War, Arab members of the Organisation of Petroleum Exporting Countries (OPEC) imposed an embargo on shipments of oil to the US in retaliation for its military support of Israel. The Arab OPEC members also extended the embargo to some other Western countries, including the Netherlands for supporting Israel. The embargo created a shortage of oil supply while oil prices skyrocketed causing a worldwide energy crisis. The oil embargo forced the US to reassess its support for Israel causing the Nixon Administration to arrange an Israeli withdrawal from Sinai Peninsula. Although the US is now less dependent on Middle East oil, Europe and India still imports a high proportion of oil from the Middle East. Therefore, the Arab countries must decide whether they would stand up for the Muslim world or continue to issue hollow statements. Today, Palestinians are fighting on their own and there is anger for all those who they thought would come to their support but did not. “In the end, we will remember not the words of our enemies, but the silence of our friends.” — Martin Luther King, Jr. 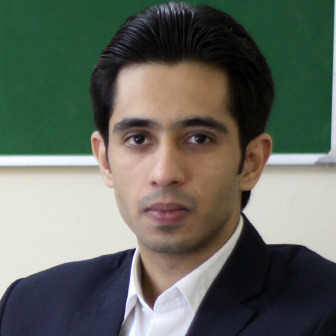 Muhammad Abdul Qadeer is a writer based in Pakistan.