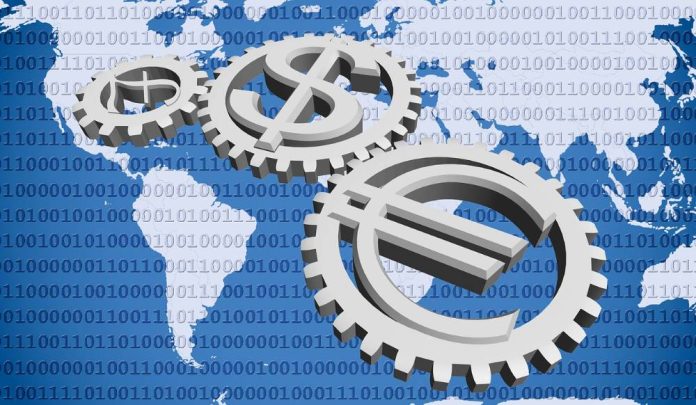 I seem to have forgotten how the world used to look like before 2020, especially in the context of economic sanity. The vagaries of the past three years have left an indelible mark on my expectations. Fundamentals no longer feel reliable to portend any semblance of normality. And expert opinions are blatantly rife with doubt and pessimism. While inflation is receding in the United States, I no longer subscribe to the ‘transitory’ camp. But I also struggle to argue that inflation runs ingrained into the consumer psyche. The central banks appear adamant to reckon with price increases with rapid increments in policy rate. But I barely see any reflection of the tighter monetary policy in the US labor market as the unemployment rate continually trails below 4%.

There are external factors, developing scenarios, and unending crises that could well change the direction of my economic outlook – possibly in a matter of weeks. Thus, my own review going in 2023 is admittedly the most mercurial it has been in years. Nonetheless, probabilities have defined my own understanding of chaos since the pandemic upended reality as I perceived it. And therefore, I would rely on the likeliness of future circumstances to shape a vague yet defining projection of the global economy for the year ahead.

The world has been in the doldrums of inflation since the pandemic unraveled the seemingly dependable supply chains globally. As markets snapped shut, restaurants closed and air travel evaporated. Consumers, locked down and away from routine work, shifted consumption from services to manufactured goods. A sudden surge in product demand worldwide further exacerbated the logistic logjams. Shortages amid a cascade of federal-support checks in the United States created a combustible admixture of inflation. Consequently, prices of goods from mattresses to houses skyrocketed – giving a scare to the policymakers at the Federal Reserve. And thus, the rate tightening regime was set into action in March to stem the inflationary spiral before it turned reminiscent of the catastrophe of the late 70s.

A similar story is playing out across the global landscape – except for states like Russia, China, Japan, and Turkey that remain accommodative of their economies – as over 90% of central banks throughout the advanced and developing countries race to match the strides of the Fed. The Federal Reserve has committed to a historic tightening path at par with the pace of the early 80s. Although the Fed slowed its rate hike regimen to 50 basis points last month, rates climbed cumulatively by 425 basis points through December – rising to a prohibitive range between 4.25%-4.5%. The European Central Bank (ECB) has pushed the interest rates up by 200 basis points in 2022, prosecuting one of the most aggressive schedules in the monetary policy history of the European Union (EU). Ms. Christine Lagarde – President of the ECB – stated: “We’re not pivoting. We’re not wavering,” echoing the resolve of “maintaining a restrictive stance of policy for some time,” delineated by Mr. Jerome Powell, Chairman of the US Federal Reserve. However, some economic experts are skeptical of such an aggressive approach against the backdrop of expected developments.

Since the pandemic abated in the United States, conventional consumption patterns have also made a visible return. Restaurants are back on track, air travel has picked pace, and the hotel industry mostly returned to pre-pandemic levels during the holiday season. As a result, the abnormal demand for merchandise has ebbed to a considerable extent. Supply chain issues have almost entirely dissipated, leaving businesses with an inventory glut. On the other hand, inflation has restricted many consumers to essential items while pandemic-support checks are no longer furnishing the buying spree. Hence, many economists (including myself) view more hikes in the policy rate – expected to peak at 5% next year – with increasing skepticism, fearing a brutal recession – not just in the United States but across the globe.

The globally integrated nature of the world economy has always appealed to me as one of the most pivotal elements of modern financial infrastructure. Investment options have multiplied; liquidity risks have diluted via geographical diversification, and regional industries compete on a coterminous stage and standard. However, in uncertain times, this positive trait quickly turns into a nightmare – in particular for the emerging markets of Asia. As the Fed raises interest rates and the geopolitical uncertainties sap confidence in the smaller (and riskier) emerging economies of Asia, there is an investment outflow from the local capital markets. Investors vie to park their funds in safer assets, including US Treasuries and dollar-denominated money market funds. This phenomenon has forced the central banks across the emerging world to raise interest rates to match the US rate of return – further discouraging business investments and stifling regional GDP growth.

A historically high number of Asia emerging economies – including Pakistan, Sri Lanka, and Bangladesh – have already been locked out of the global capital markets as seasoned institutional and commercial investors are jittery due to the prospect of an impending global recession. Moreover, as rates continue to rally higher in the United States, the value of the US dollar climbs further against other currencies. Over the past 12 months, the greenback touched a multi-decade high against the currencies of major trading partners. Even resilient economies like Japan and India had to delve into their dollar reserves to stabilize their respective currencies against the US dollar. However, some countries have faced massive drubbing of currency deterioration due to a paucity of dollar reserves and high international commodity prices.

Since most of the emerging market debt has a standard of settlement in US dollars, the bustling value of the greenback is also adding weight to the debt servicing costs of the highly indebted nations of Asia and Africa. The travails of ballooning debt payments and a growing import bill have pushed scores of economies on the brink of collapse. Despite the storied plan of debt overhaul under the Group of 20 (G20) Common Framework (DSSI), Sri Lanka and Ghana have already defaulted in 2022. Ethiopia and Zambia are dragging through a comprehensive debt restructuring cycle, while Pakistan and Bangladesh are holding onto hopes from multilateral lenders – chiefly the International Monetary Fund (IMF) – to sustain their respective economies amidst escalating political infighting.

Recession risks have transfixed Europe as the Russian war ceases to fold. The oil price cap enacted by the Group of Seven (G7) coalition last month has created further uncertainty over the supply of Russian energy to Europe. While the EU countries have impressively weaned off Russian oil, the gas supply remains a decisive factor in this constant politico-economic struggle between the West and Russia. President Vladimir Putin recently passed a decree baring energy exports to countries facilitating the price control mechanism. And while LNG supplies from the United States and Qatar have mostly hedged the severity of the energy crisis in Europe, a complete shutdown in the flow of Russian gas could imperil the energy security of Europe later this year. According to a report from the International Energy Agency (IEA) – a Paris-based autonomous intergovernmental organization analyzing the global energy sector – Europe could face a destabilizing natural gas shortage in 2023 if Russia cuts off all gas exports to the region. While reserve capacity would probably ride Europe through the biting cold of this winter, the rest of the year could prove challenging apropos of rationing and restrictions on energy-intensive industries – adding fuel to the recession woes.

What’s more worrisome is the fact that the global economy is in for a big surprise in 2023 – the reopening of the Chinese economy. China unprecedentedly lifted its ‘zero-Covid’ policy after protests sparked dissent against stringent state-imposed quarantine restrictions. China is gradually loosening its curbs on human and resource mobility. And it could have a conspicuous impact on energy prices as the world’s second-largest economy picks up the pace and drags energy demand. Ms. Diane Swonk – Chief Economist at KPMG – recently alarmed: “One of the reasons energy prices are [lower] is because China is unusually weak.” Thus, while China grapples with a mounting caseload of infections and shipping estimates remain lukewarm, economic experts and analysts expect a sharp recovery in consumption and investment in China’s economy from the mid-2023 onwards – though not to the pre-pandemic levels.

Many economic experts augur a normalization in inflationary pressures by the third quarter (Q3) of 2023; a reversal in policy stance toward rate cuts is unlikely until sometime later next year. The US labor market continues to paint a very tight picture while the year-on-year inflation is still running more than three times the official Fed target of 2%. Hence, while the rate increases feed into the system and moderate prices over the forthcoming months, the long-term outlook remains spectacularly blurry. With a raging war in Europe, a brewing blend of currency and debt crises in the Afro-Asian emerging economies, and the messy renaissance of Chinese markets – a concrete prediction is impossible to mark out. What’s certain, however, is that most of the world will feel recessionary headwinds in 2023. The IMF has warned of an even ‘gloomier’ global economic outlook than its grim October projection of global growth in 2023 relegating to 2.7%. Ultimately, with the exception of the global financial crisis and the pandemic, this year (by all counts and projections) could be the worst witnessed by the world economy since 2001.